Sézary syndrome is an erythrodermic form of cutaneous T-cell lymphoma (CTCL), a term that collectively includes all cutaneous lymphomas arising from T lymphocytes. The syndrome is named after Albert Sézary, a French dermatologist born in 1880. It is also called Sezary disease.

T lymphocytes are circulating immune cells that mature in the thymus. In Sézary syndrome, malignant T lymphocytes in the peripheral blood clonally match malignant T cells found in the skin.

Sézary syndrome is a disease of older adults. Epidemiological data is not available in New Zealand. Worldwide, incidence appears to be 0.8–0.9 per million with a male to female ratio of 2:1. It is not an inherited disease.

The cause of Sézary syndrome remains largely unclear. The malignant T cells in the skin and blood have the following characteristics:

This contributes to endogenous immunosuppression.

How does Sézary syndrome present?

Patients with Sézary syndrome present with diffusely red, thickened and scaly skin. Pruritus (itch) is common, often severe, and can be difficult to manage. Other features may include:

These symptoms often lead to lack of sleep, anxiety, and depression.

Very rarely, Sézary syndrome has been reported to present with pruritus, Sézary cells on biopsy of normal-looking skin, and no visible rash. 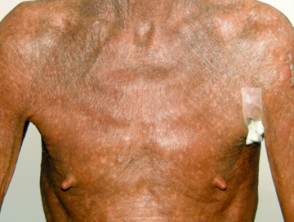 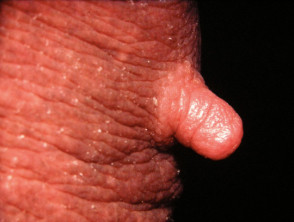 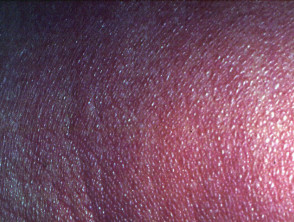 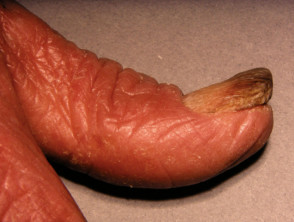 Other features of Sézary syndrome include:

The following malignancies are associated with Sézary syndrome:

How is Sézary syndrome diagnosed?

Sézary syndrome should be considered in any erythrodermic patient. Diagnosis requires clinicopathological correlation.

If possible, select an area of indurated skin for biopsy. Multiple biopsies are useful especially if morphology varies.

Features on light microscopy may include:

Sézary cells are large atypical mononuclear cells with a large cerebriform nuclei. They are found in large numbers in the peripheral blood of patients with Sézary syndrome. Smaller numbers may be found in healthy patients or those with other diseases.

Flow cytometry can demonstrate CD4+CD7- and CD4+CD26- T cells, which are characteristic of Sézary syndrome. T-cell antigens may also be absent (CD2, CD3, CD4 and/or CD5). The CD4:CD8 ratio is > 10, but is not diagnostic.

T-cell receptor (TCR) gene rearrangement tests may be performed on the skin specimen, circulating blood cells, and lymph nodes. This test evaluates clonality of the cells, which should be similar in the 3 sites.

Other diagnoses considered in an erythrodermic patient may include:

How is Sézary syndrome treated?

Treatment for Sézary syndrome is determined by the stage of disease and comorbidities.

There is no standard therapy for Sézary syndrome. Patients are prescribed topical and systemic medications. They may also receive UVB or PUVA phototherapy, and/or radiotherapy (localised superficial rays or total skin electron beam therapy).

Examples of topical therapy used to treat Sézary syndrome include:

ECP is an immune-sparing therapy in which a photosensitizing agent (psoralen/8-methoxsalen) is combined with UVA to treat peripheral bloodwhich is extracted, irradiated and returned to the patient. It is the preferred first line therapy in early stages.

Biologics are preferably used in conjunction with photopheresis. However, they can be used as part of single or multi-agent regimes if ECP is not available. They include:

Other medications used in Sézary syndrome

Medications are often used in combination.

Examples of chemotherapy agents used for Sézary syndrome are:

What is the prognosis of Sézary syndrome?

Sézary syndrome is usually aggressive and prognosis is generally poor with a median survival between 2–4 years. Patients may respond transiently but relapse is often inevitable. The occasional patient has gone into remission after treatment.

Patients usually succumb to opportunistic infections due to immune suppression.