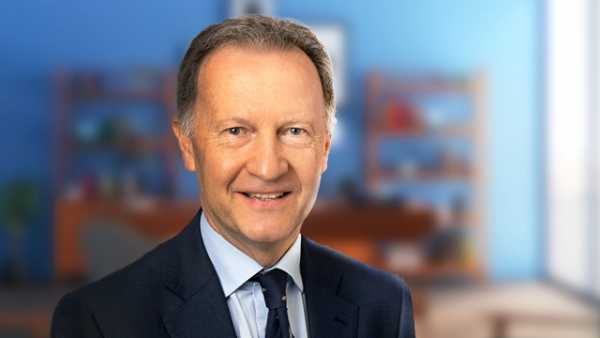 In 2021, DermNet welcomed Doctor Ian Coulson as the website’s Editor-in-Chief. Dr Coulson has a storied career in dermatology, not just as a clinician but also as a publisher and teacher. It’s no wonder that this year he was awarded the Sir Archibald Gray Medal, the highest honour for dermatologists in the United Kingdom from the British Association of Dermatologists. When I spoke to him the week after the award ceremony, he seemed to have received it with typical English humility.

“The award is said to be for someone who has made outstanding contributions to dermatology in the United Kingdom. I don’t think I’ve been that exceptional. I have been enthusiastic, and I think really that’s been my main asset.”

Ian’s interest in dermatology began when he was a medical student at St Thomas’ Hospital in London. He was particularly inspired by both the registrars and the consultant’s approach to teaching dermatology; the combination of memorisation and great clinical training made for an excellent introduction to the field.

As he describes it, “essentially, the consultants had no other job for two hours than to teach us. At the end of the term, I think there were about 12 of us, we had a little exam and I won. I thought “This is easy, all you’ve got to do is recognise patterns”. Of course, I’ve spent the last forty-odd years realising it’s not quite as simple as that.”

Upon becoming a registrar, he accepted a position at St George's Hospital in South London which included rotating around the other nearby hospitals. St George's borders on areas with very ethnically varied populations, such as Brixton, home to a large Afro-Caribbean population, and Tooting with its prominent Indian and Pakistani communities. Ian notes that this overlap of demographics was a boon to his dermatological training, as he gained experience with how skin conditions appeared and responded to treatment in different populations.

Ian practiced dermatology in London for eight years before moving to Burnley, Lancashire in the north of England, where he has resided for the past 32 years as a consultant. In addition, Ian is one of the founding authors and editors of the popular book The Treatment of Skin Disease, now in its sixth edition. He has also been a section editor of the British Journal of Dermatology and the president of the North of England Dermatology Society. 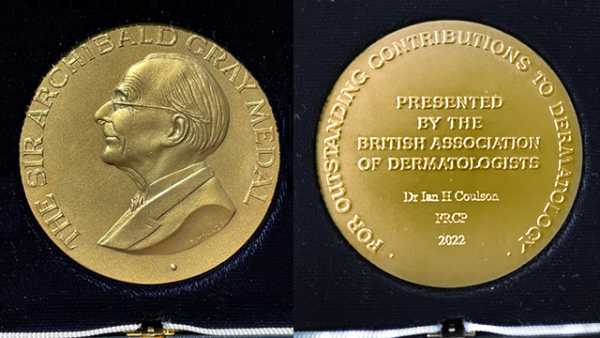 One of Ian’s dedicated passions around dermatology is teaching; he has been the president of the educational foundation The Dowling Club, which mentors new dermatologists in the UK, and he makes educational patient information videos on YouTube demonstrating the practical applications of skin treatments.

When asked what he thought had been the highlight of his career, Ian responded that it had to be the advent of the internet, which has radically changed how dermatologists access information and communicate with the wider dermatological community. He gave me an example from one of his own cases.

“I saw a newborn on Boxing Day a number of years ago. The child had a skin disease the like of which I’d never seen. The chips were down, because the parents had had a child six years prior with exactly the same skin condition and that child sadly died of respiratory failure when only 4 days old. No-one knew what it was. Within about three minutes on the internet, I was able to say “Heavens above! This is what it is!”.

As it turned out, the mystery condition had only been described four years previously. “It’s called ichthyosis prematurity syndrome. Within twenty-four hours I had been in contact with the first author of that series’ papers and the next day we sent blood over to Norway for confirmation. Not long after some really clever colleagues in London determined which base pair of amino acids on the genome was wrong in this particular mutation. A little thing like that! Just being persistent, putting the right words into Google, and then using your network of colleagues, that really was a highlight.”

During the global lockdowns, Ian began hosting lectures over video conference calls with dermatology trainees, and had taken up a lockdown project fixing up a holiday cottage. He had just put his paintbrushes down when an offer from DermNet came through.

“I knew DermNet reasonably well because it’s something that I’ve used for the last 20 years. Obviously, it is the world’s largest, most comprehensive free resource in dermatology. I was quite flattered to be asked!”

Since Ian began his role as Editor-in-Chief, DermNet has grown the content team, improved publishing systems, and introduced a faster website. There has been an average of 4.1 million monthly pageviews and over 1.6 million monthly users on the site from all over the world.

Ian has written various educational pieces for DermNet, including a 10-week freely-accessible quiz course, where participants learn more about dermatology through real life case studies. Over 1600 participants have joined the course so far, and Ian hopes to build future quizzes around cases submitted from the DermNet community.

“I do hope that people throughout the DermNet community will want to submit cases from their experience. This collaboration is what makes dermatology so fun."

DermNet’s mission is to be the world’s leading free online dermatology resource and we are privileged to have Dr Coulson’s passion for education, down-to-earth personality, and incredible knowledge as part of our team.