Elastofibroma usually presents on the back (usually in the subscapular region) as a poorly defined mass or pseudotumour. It is also called elastofibroma dorsi. Repetitive manual labour is thought to give rise to degeneration of elastic and fibrous tissues. 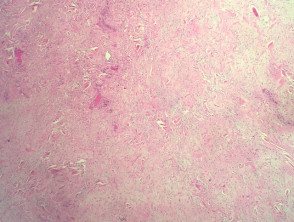 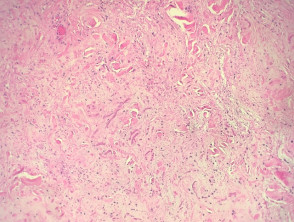 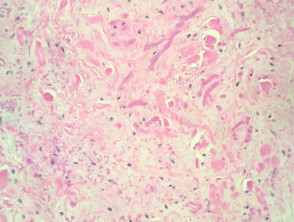 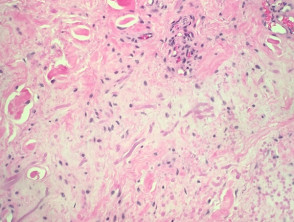 Elastic stains can be used to highlight the morphology of the abnormal elastic fibres. The elastic fibres may be fragmented into linear globules, which are described as beads on a string.

The differential diagnosis for elastofibroma