In palmoplantar fibromatosis, sections show a dense fibrocellular tissue with mature collagen and nodular collections of myofibrocytes in various stages of maturation. There may be some nuclear atypia and mitotic activity but the cells lack prominent atypical features or abnormal mitotic figures. The proliferating cells are plump, with elongated vesicular nuclei and small nucleoli (figures 1-4). 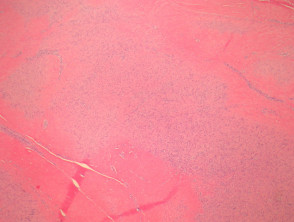 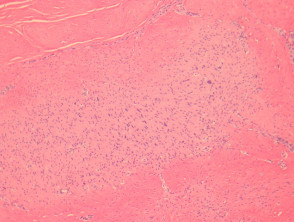 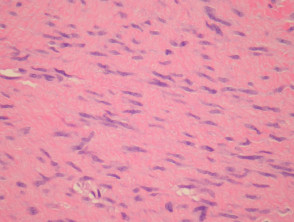 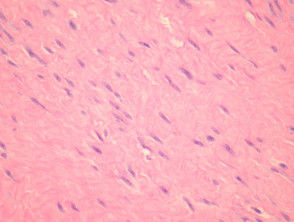 None are generally needed. The proliferating cells are myofibroblasts rather than fibroblasts and thus will stain with smooth muscle markers.

Infantile digital fibromatosis – This juvenile form of fibromatosis is distinguished by identification of the characteristic inclusion bodies.