PLEVA has sharply delimited, moderately dense, lymphocytic infiltrate involving the superficial vascular plexus, which extends in a wedge-shaped pattern to involve the lower dermis (figure 1). The superficial dermis shows a dense lichenoid infiltrate and impressive exocytosis of lymphocytes into the epidermis. The overlying stratum corneum shows parakeratosis which may be confluent and contain collections of neutrophils (figure 2). The epidermis shows pronounced hydropic change and foci of keratinocyte necrosis. Scattered extravasated erythrocytes are seen (figure 3). 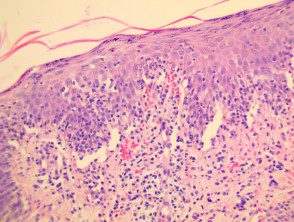 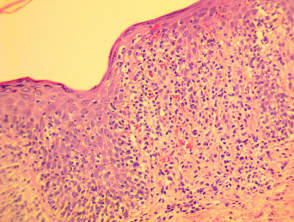 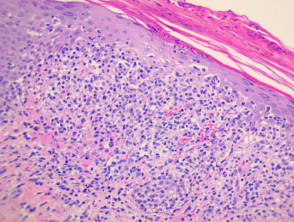 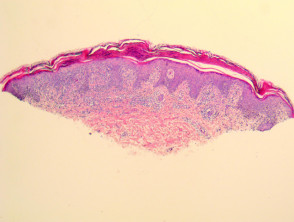 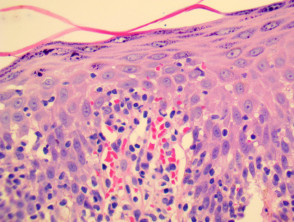 None are generally needed. Immunoperoxidase studies have shown the lymphocytic infiltrate consists of CD8/cytotoxic T cells.