Characteristic Verocay bodies may be seen (figure 3). These consist of parallel columns of elongated nuclei on either side of a homogeneous acellular material.

An associated peripheral nerve can usually be seen.

Occasionally, “ancient change” or cellular atypia believed to be a reactive phenomenon may be seen (figure 4). 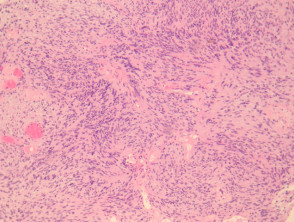 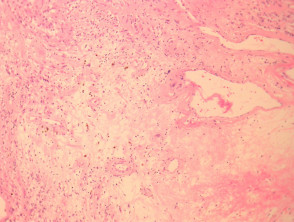 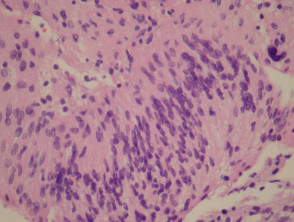 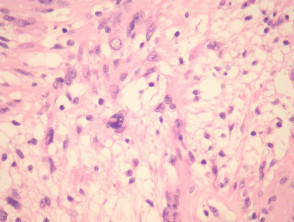 Schwannomas are strongly positive with S100.

Neurofibroma – Lacks the Antoni A and B pattern of schwannoma and is not encapulated. Plexiform neurofibroma may resemble schwannoma. Neurofibromas typically have nerves coursing through the mass which can be demonstrated with immunohistochemical staining with neurofilament.

Perineurioma – These are EMA positive and S100 negative.

Dermatofibromasarcoma protuberans – These are positive with CD34, lack S100 positivity and lacks the Antoni A and B pattern of schwannoma. Additionally, they are not encapulated.