Splenosis may present in the skin following splenic trauma and subsequent spread of benign splenic tissue into surrounding structures.

In splenosis, the histopathology shows normal splenic tissue, usually located in the subcutis (figures 1, 2). Spleen can be recognised by the presence of red pulp (composed of venous sinusoids allowing passing of red blood cells) and white pulp (composed of sheaths of lymphoid cells around arteries). 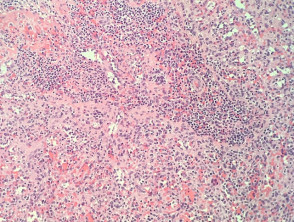 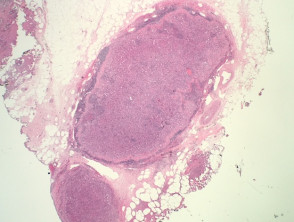 Other diagnoses to be considered include a dermal lymph node: this lacks the components seen in splenic tissue (red and white pulp).