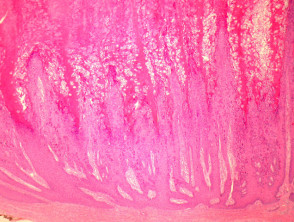 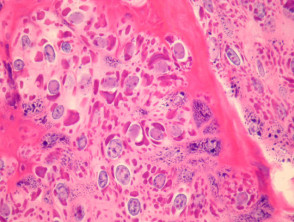 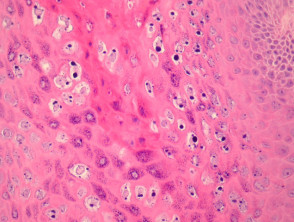 Special stains are not required to make the diagnosis. PCR may be used to identify the HPV type.

Seborrhoeic keratosis – Distinction can be difficult for older verrucas in which the viropathic effect is difficult to appreciate. Some pathologists use the term “verrucal keratosis” or similar in cases where a clear distinction cannot be made.