Annular elastolytic giant cell granuloma is a histiocytic/granulomatous dermal infiltrate that results in phagocytosis and destruction of elastic fibres. Atypical facial necrobiosis lipoidica is probably best considered a form of this disorder and because of this there is confusion in nomenclature. 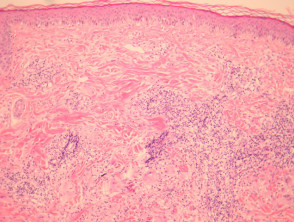 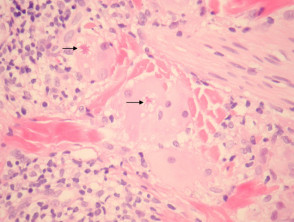 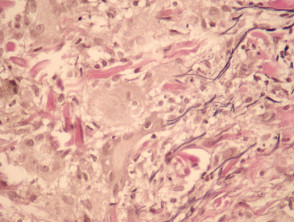 Elastic stains show a disruption of the elastic architecture (Figure 3, notice the reduced density of elastic fibres on the left side of the image).

Conditions to consider in the differential diagnosis of annular elastolytic giant cell granuloma are: