Eccrine carcinoma is a rare tumour that typically presents as a slow growing plaques or nodules on the scalp but can arise at other sites. 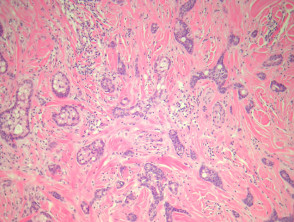 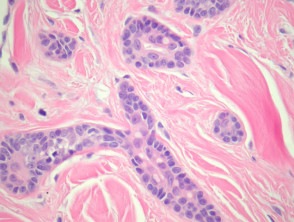 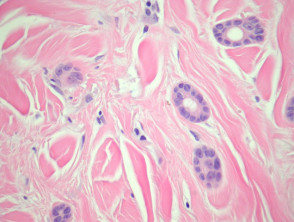 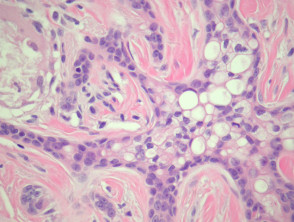 Immunohistochemical studies can be used to demonstrate glandular differentiation (CEA) in eccrine carcinoma, but are not needed if the morphology is classic. Some cases resemble breast cancer. Focal p63 and CK5/6 positivity is thought to favour a primary eccrine carcinoma.