Eccrine mixed tumours are rare. They present as slow growing nodules which typically occur on the head and neck.

In eccrine mixed tumour, sections show small non-branching ducts set in a fibromucinous or chondroid matrix (figures 1, 2). The tumour is well circumscribed (figure 2) and based in the dermis or subcutis. The ducts are lined by bland cells which at high power resemble syringoma (figure 3). Unusual described features include cribriform glands, osseus metaplasia, and clear cell changes. 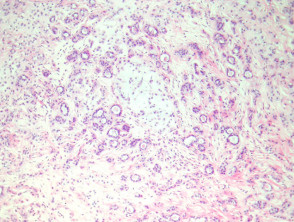 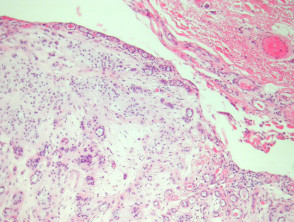 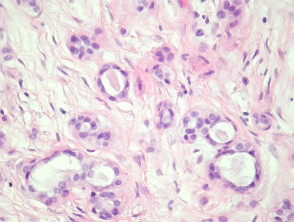