Eccrine papillary adenomas are benign sweat gland tumours that have been described in wide range of anatomic sites and age groups.

The tumour forms tubular and tubulo-papillary structures (figures 2, 3). The ducts are mainly lined by 2 or more cell layers of bland epithelial cells with limited mitotic activity. Some cells have an eosinophilic cytoplasm. 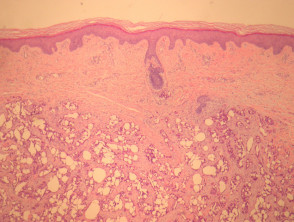 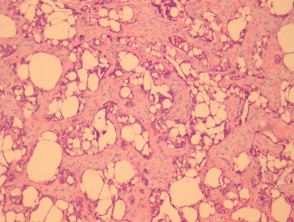 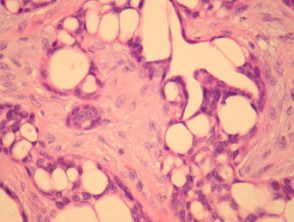 Metastatic tumour – These usually have an infiltrative growth pattern with more nuclear atypia. Clinical history and immunohistochemical studies can be helpful for unusual cases.

Microcystic adnexal carcinoma – These have an infiltrative growth pattern which may involve nerves and areas squamous differentiation.