What is an emollient?

Emollients are topical moisturising agents used to alleviate itchiness and other discomforts associated with eczema. Dry skin (xerosis), a common feature of eczema, is highly responsive to treatment with emollients [1].

Emollients work by filling the cracks in dry skin and forming an occlusive barrier, promoting moisture retention, and maintenance of normal skin integrity and appearance to keep skin hydrated, flexible, and protected from irritants [2]. Their use has been associated with reduced frequency of flares and reduced use of topical corticosteroids [3]. 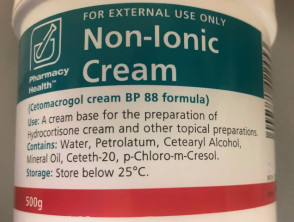 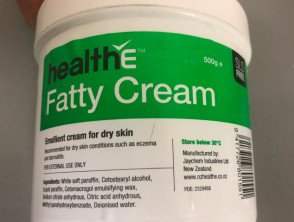 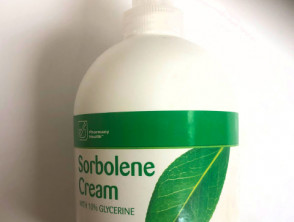 What are the types of emollients?

Emollients can be classified into two categories based on their ingredients: hydrophilic or hydrophobic [1,5]. Water-based, hydrophilic emollients exert a hydration effect by attracting water to the skin’s outer layer [5]. Hydrophobic emollients reduce the loss of water through the skin by forming a protective barrier that prevents the evaporation of moisture [5].

Although an emollient is often considered the same as a moisturiser, it can also be described as a specific ingredient of moisturiser. Moisturisers can be categorised into groups based on their mechanism of skin hydration.

What emollient should I use?

The selection of an emollient is based on eczema severity, degree of xerosis, and the patient’s preference. The ideal emollient should be pleasant to use, optimise skin appearance, and restore the skin barrier. In addition, it should contain only a few ingredients and ideally avoid irritants or allergens such as fragrances [1].

Emollients come in a variety of formulations, such as lotions, creams, gels, and ointments. Furthermore, emollients can be categorised according to their application, such as leave-on emollients, soap substitutes, and bath additives. All three application approaches are often used together [7]. However, the exclusive use of bath emollients has been shown to provide a substandard therapeutic effect compared to leave-on emollients [8].

Leave-on emollients are applied directly to the skin. They vary in consistency from light to heavy. Light preparations, such as creams and lotions, are quickly absorbed owing to their high-water content but require more frequent application than thicker ointments. Light preparations are suitable for a broad area of application. Heavy preparations (ointments) have an occlusive, protective, longer lasting effect due to their higher oil content, but are usually less cosmetically acceptable due to their oily appearance [9]. Typically, patients with chronic eczema will prefer to use a heavy preparation, especially when applied to a small area.

Bath emollients are oils or emulsifiers designed to disperse in the bath [9].

What are the benefits of emollient use?

Emollient therapy may be sufficient to control mild eczema and to eliminate symptoms [1].

Regular, liberal use of emollients can significantly reduce the severity of established eczema. Multiple studies have demonstrated that emollient therapy has a role in reducing the frequency and rate of flare-ups and the need for topical steroids while at the same time improving disease control by improving skin-barrier defects [1,11].

For optimal results, it is best to apply emollients to damp skin after bathing, but they can also be applied to dry skin at any time [1]. Regular application 2–3 per day is recommended [1]. The amount applied averages from 150–200 g per week in young children to 500 g in adults [12]. The therapeutic effects of emollients are reduced 6 hours after their application [11].

What are the contraindications to emollient use?

Emollient ingredients may irritate the skin or cause contact dermatitis in some people. Stinging or burning can result in reduced use, which may decrease their therapeutic effect [1]. The application of an emollient can also be time-consuming and leave residues on clothes and furniture [1]. Clothing soaked with paraffin-containing emollients is flammable and a fire hazard.