Erythema elevatum diutinum is a rare chronic dermatosis characterised by red-brown papules and nodules often on the dorsal hands and other extensor surfaces. The skin lesions may be associated with systemic symptoms such as arthralgia, and associations with haematological and rheumatological conditions have been reported.

In erythema elevatum diutinum, there is sparing of the papillary and periadnexal dermis (Figures 1, 2). Vascular infiltration in the upper and mid-dermis with predominant neutrophils and fewer lymphocytes, eosinophils and plasma cells (Figures 3, 4, 5). Leucocytoclasia is commonly seen in fresh lesions (Figure 5). Later lesions develop sclerosis with plasma cells and residual foci of leukocytoclastic vasculitis. Sclerosis may be striking and have a storiform pattern (Figures 1, 4). 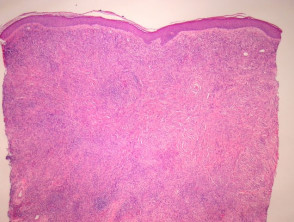 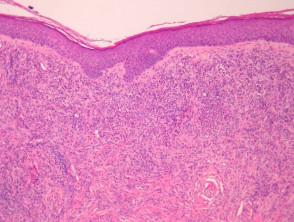 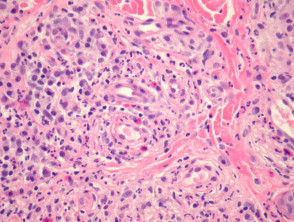 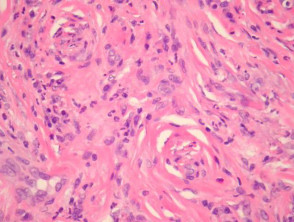 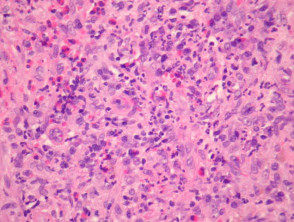 Eosinophilic angiocentric fibrosis — characterised by fibrosis (which may be storiform) surrounding small arteries of the orbit and upper respiratory tract. Mixed inflammatory infiltrates with predominant eosinophils. Recently an association with increased IgG4 has been reported.