Glomus tumours are painful. They arise from the neuromyoarterial glomus cells found in the fingers and palms. The normal counterpart from which these tumours arise is the Suquet-Hoyer canal. The clinical lesion is a solitary 1-2 cm reddish blue papule in a young adult. 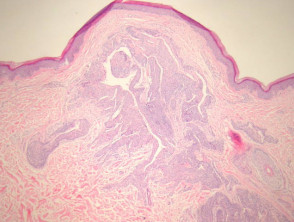 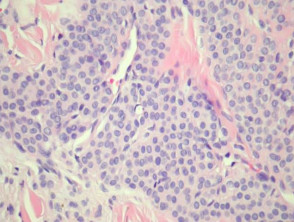 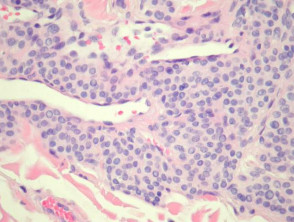 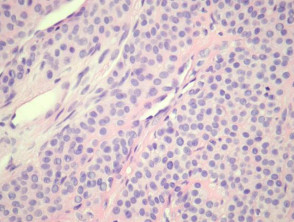 Glomuvenous malformation (glomangioma): Vascular component is more prominent and with dilated vessels. Thrombosis and phlebolith formation may be evident.