The histologic findings of Mycobacterium marinum infection vary by the age of the lesion. Scanning power view of well developed lesions demonstrate a granulomatous dermatitis (Figure 1), forming an extensive inflammatory nodular infiltrate within the dermis. Early lesions may show an acute suppurative inflammatory process with little granuloma formation. The epidermis may show prominent pseudoepitheliomatous hyperplasia with or without ulceration. There are tuberculoid granulomas with varying degrees of abscess formation (Figure 2). The infiltrate is mixed lymphohistiocytic with multinucleated giant cells and scattered neutrophils (Figures 3 and 4). 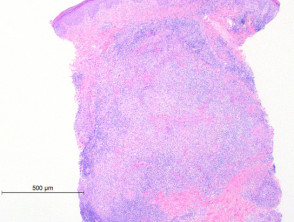 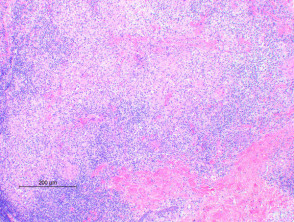 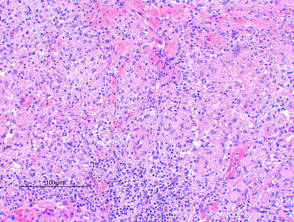 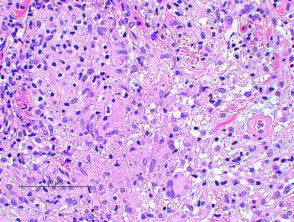 Acid fast stains such as Ziehl-Neelsen (Figure 5) reveal bacteria in the majority of cases, but can be negative. Culture at 25-30 Celsius is therefore essential to making a diagnosis in cases with suspicious histology. 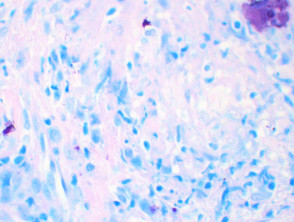