What is nicotine stomatitis?

Nicotine stomatitis, also often called smoker's palate, is a reaction seen on the roof of the mouth caused by extreme heat in the mouth, most commonly from smoking. It is known by many other names including nicotinic stomatitis, stomatitis nicotina and smoker's keratosis. 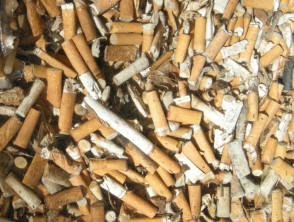 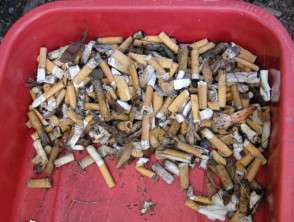 Who gets nicotine stomatitis?

Nicotine stomatitis is usually seen in pipe smokers and reverse cigarette smokers (when the lit end of the cigarette is placed in the mouth). It is probably due to the concentrated heat stream hitting the roof of the mouth. Less commonly it develops with cigarette or cigar smoking and rarely with drinking extremely hot liquids. The combination of hot drinks and smoking may increase the risk.

It is related to the duration and extent of the habit, requiring longterm exposure.

In one large study, nicotine stomatitis was found in 60% of pipe smokers and 30% of cigarette smokers.

Nicotine stomatitis is often found on routine examination of the mouth as it usually does not cause any symptoms. Sometimes it may be mildly irritating.

Initially there is redness of the hard palate and sometimes the adjacent soft palate. With time, the palate becomes white with a cracked appearance likened to dried mud. Characteristically there are numerous scattered red dots. These are the inflammed duct openings of minor salivary glands.

Dentures protect the palate from the heat stream. The changes are then seen only towards the back of the roof of the mouth beyond the area covered by the denture.

Nicotine stomatitis itself is not regarded as premalignant except with reverse smoking. However, smoking is associated with the development of oral squamous cell carcinoma so the conditions can co-exist.

How is nicotine stomatitis diagnosed?

Nicotine stomatitis is a clinical diagnosis based on the pattern on the palate and typical white ‘cracked’ appearance with the red dots.

However a mucosal biopsy may sometimes be required to exclude dysplasia (oral leukoplakia) or oral cancer.

The only treatment is to stop smoking. The changes then improve within 1-2 weeks. Any persistent or suspicious areas should be biopsied. Regular examination of the mouth is required because of the risk of oral cancer in smokers.