Orofacial granulomatosis is also referred to as granulomatous cheilitis, and is characterised clinically by chronic/relapsing swelling of the lips and oral mucosa.

In orofacial granulomatosis, sections show oral mucosa with a sparse inflammatory infiltrate and mild oedema (figure 1). Higher power examination shows ectasia of lymphatics next to rare loose granulomas (figures 2-4, arrows indicate granulomas). Sometimes the granulomas may be difficult to find and extensive serial sectioning of the biopsy is recommended. 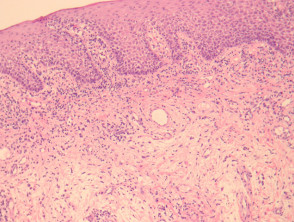 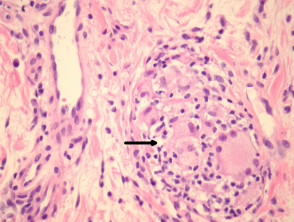 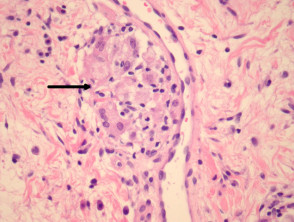 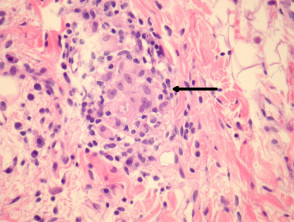 Special stains for microorganisms may be performed to rule out an infection, given the granulomatous nature of the infiltrate.

Sarcoid: Sarcoidal granulomas tend to be more overt and larger but some cases can be difficult/impossible to distinguish from orofacial granulomatosis.