Phaeohyphomycosis refers to a group of mycoses (fungal infections) that are dematiaceous, which means they are pigmented. The pigment is due to their ability to deposit melanin in their cell walls.

Scanning power view of phaeohyphomycosis shows a deeply extending granulomatous pattern (Figure 1) which may show areas of necrosis (Figure 2). Centrally an abscess or cystic nodule may form. Frequently a foreign body such as a wood splinter can be seen. The epidermis commonly shows pseudoepitheliomatous hyperplasia. The inflammatory infiltrate is comprised of histiocytes with multinucleated giant cells, and numerous neutrophils (Figures 3,4 and 5). At high power branching septate pigmented fungal hyphae can be seen (Figure 6). 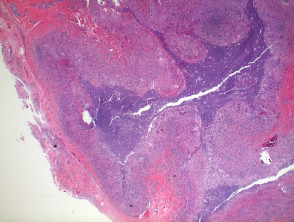 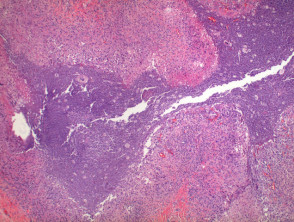 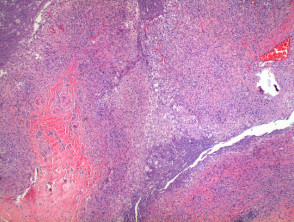 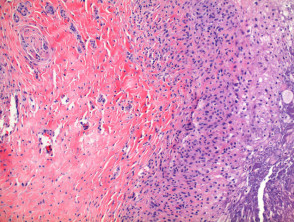 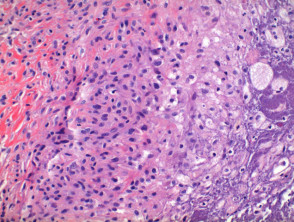 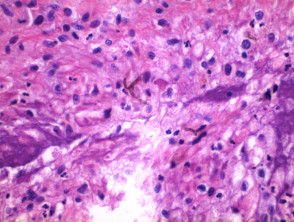 PAS (Figures 7 and 8) or Grocott methenamine silver stains can be used to enhance visualisation of the fungal hyphae. 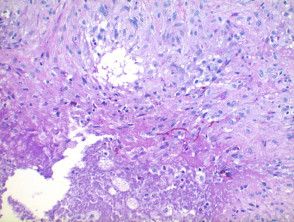 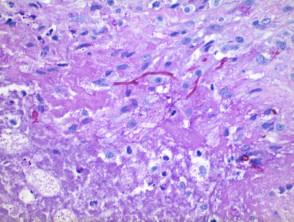