Pilar sheath acanthoma usually involves the skin of the upper lip and presents as a small papule with a central pore.

The lobules are composed of bland keratinocytes and are surrounded in areas by an eosinophilic basement membrane. There are often areas of clear cells (figures 5, 6). These features indicate outer root sheath differentiation. 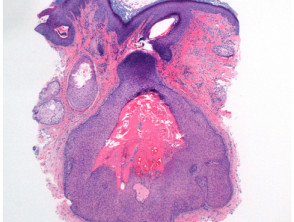 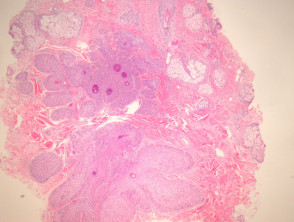 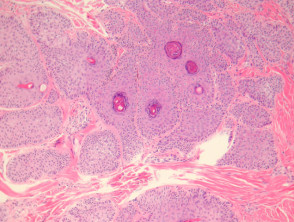 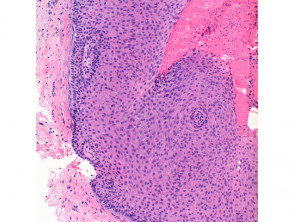 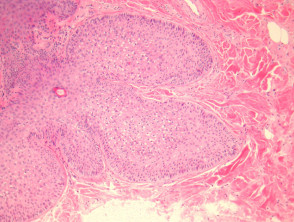 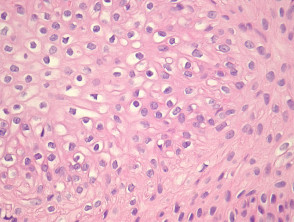 Dilated pore of Winer: These contain a larger cystic space which is surrounded by radiating thin strands of epithelium as opposed to the lobular arrangement of pilar sheath acanthoma

Trichofolliculoma: radiating hair follicles in variable states of maturity are seen to extend from the central dilated pore or cystic structure.