Trichilemmal cyst is also known as pilar cyst. It is seen on the scalp and multiple cysts are common.

Scanning power view of trichilemmal cyst shows a epithelial lined cyst filled with brightly eosinophilic keratinaceous debris (Figure 1). Focal rupture of the cyst may occur with an associated giant cell reaction (Figure 2). Closer inspection of the cyst wall identifies trichilemmal differentiation (Figures 3 and 4) as occurs in the outer root sheath of the hair follicle. This is seen as maturation of squamous epithelium with lack of a granular layer. The eosinophilic keratin centrally is densely packed frequently displaying cholesterol clefts. Focal calcification is seen in around 25% of cases (Figure 5). 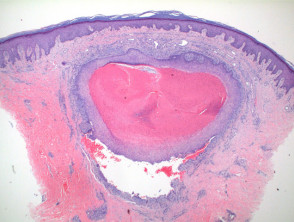 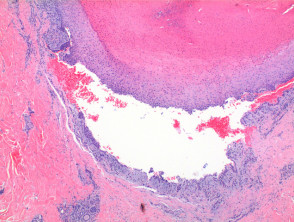 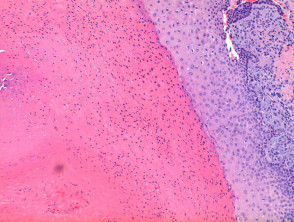 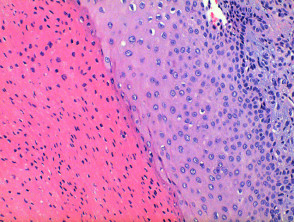 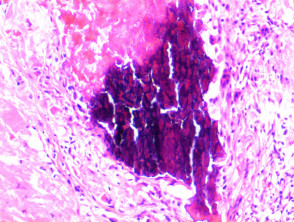