Melanocytic matricoma is a rare tumour that presents as a small heavily pigmented tumour. It clinically mimics nodular melanoma, haemangioma and other pigmented tumours. So far, these tumours have exhibited a benign clinical course.

Sections through melanocytic matricoma show a well-circumscribed dermal tumour which may encroach and erode the overlying epidermis (figure 1). There is heavy melanin deposition. The tumour is made up of basaloid cells with some nuclear pleomorphism and conspicuous mitotic activity. Intermixed with these epithelial cells are a population of dendritic melanocytes (figures 1-4). There is focal “ghost cell” keratinisation (figures 5, 6). 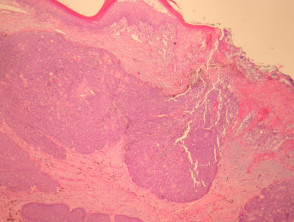 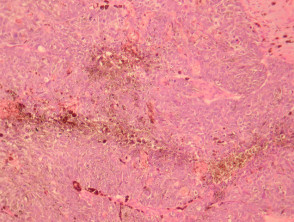 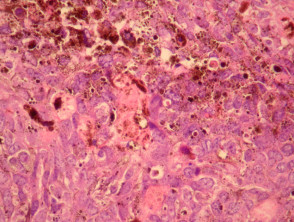 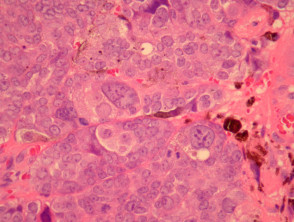 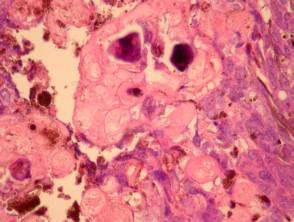 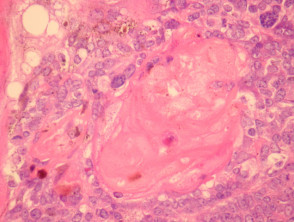 Keratin stains confirm that the tumour is epithelial (rather than a melanoma). Melanocytic stains demonstrate a population of intermixed dendritic melanocytes.

Basal cell carcinoma – BCC can show focal matrical differentiation. However, other features such as stromal retraction and peripheral palisading should be seen with BCC.

Malignant matricoma – Malignancy in matrical tumours can be difficult to exclude in small biopsies given the marked pleomorphism and mitoses which are common in benign matrical tumours. Deep invasion, necrosis and large clinical size can be helpful features in diagnosing a malignant tumour.