Nocardiosis is a rare infection caused by several species of bacteria from the genus Nocardia. These bacteria live in soil and are found worldwide. There are two main clinical forms of nocardiosis, disseminated and/or pulmonary infection and cutaneous infection.

This is the most common form of nocardiosis and the responsible bacteria are usually N. asteroides. Humans become infected by breathing in the organism. Many patients with disseminated and/or pulmonary nocardiosis have immunodeficiency, such as chronic (long-term) lung disease, HIV infection, or long-term use of immunosuppressant medications. The disease often begins in the lungs but can spread to involve any organ, most commonly the brain (causing brain abscesses), and skin in 10 to 30% of cases.

This is usually caused by N. brasiliensis and primarily affects individuals who are otherwise healthy. The bacteria enter the body via a skin wound, such as a cat scratch or a puncture wound from a thorn. Three types of primary cutaneous nocardiosis have been described:

In the United States, an estimated 500-1000 new cases of Nocardia infection occur each year. Worldwide rates of nocardiosis vary by country. Middle-aged men performing outdoor labour are at highest risk of infection. Other species of Nocardia less commonly cause infection, such as N. farcinica, N. nova, N. transvalensis, and N. pseudobrasiliensis.

What are the clinical features of nocardiosis?

Disseminated and/or pulmonary nocardiosis often begins with a fever, cough, and chest pain. If the infection spreads to the brain, symptoms such as headache, lethargy, confusion, seizures, and sudden onset of paralysis may occur.

In primary cutaneous nocardiosis, there is usually a history of trauma to the skin several days to several months prior.

How is nocardiosis diagnosed?

Diagnosis can be difficult, as Nocardia grow slowly in the laboratory. Blood tests for antibodies against Nocardia are unreliable and not available commercially. Current diagnostic tests include: 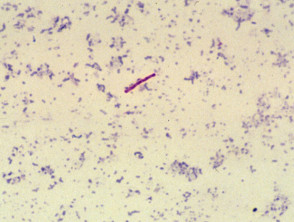 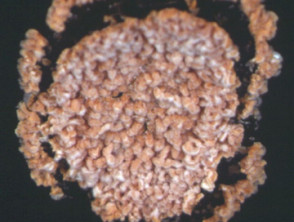 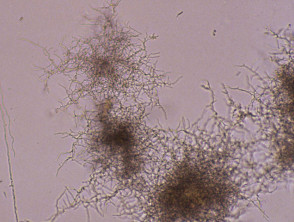 What is the treatment for nocardiosis?

Surgical drainage or excision is often required for abscesses.

What is the outcome for patients with nocardiosis?

Approximately 10% of cases of uncomplicated pulmonary disease are fatal. The case-fatality rate increases with disseminated disease or brain abscesses, particularly in patients with impaired immunity. Cutaneous nocardiosis is rarely fatal, but long-lasting mycetomal infection can be significantly disfiguring.