What is sea bather’s eruption?

Sea bather's eruption is an itchy rash of the covered skin that appears soon after swimming in the sea, caused by stings from the nematocysts (stinging cells) of certain sea anemones and thimble jellyfishes.

Sea bather's eruption was first described in 1949 after swimming off the eastern coast of Florida, where it is called ‘Pica-Pica’, the Spanish for ‘Itchy-Itchy’. It has now been reported to occur in many tropical and sub-tropical waters. 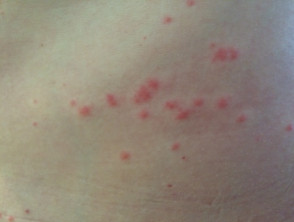 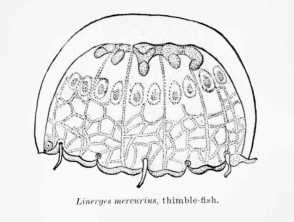 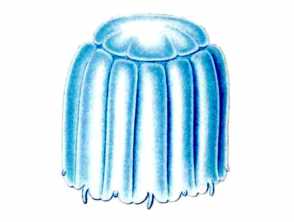 Most studies have been from the east coast of North and Central America where sea bather's eruption is a reaction to toxins released by all three free-swimming stages (ephyrae, medusae, and larvae) of the thimble jellyfish, Linuche unguiculata. It has also been reported in the Long Island area of New York State due to the larval stage of the sea anemone, Edwardsiella lineata. It is likely sea bather's eruption is due to different marine creatures in other parts of the world.

Sea thimbles are small tropical jellyfish that, even as adults, get no larger than about a centimetre in size. Most cases of sea bather's eruption occur during the summer as it seems to be dependant on water temperature. It affects swimmers, snorkelers, or divers soon after getting out of the water.

The tiny animals become trapped underneath bathing suits or in the hair of the bather. Each individual is equipped with a number of stinging cells, that can be triggered by simple mechanical pressure or by osmotic changes that occur with evaporation or when rinsing off with freshwater. The rash typically develops underneath the bathing costume, which is believed to trap the jellyfish organisms against the skin. As the swimmer gets out of the sea, water drains out of the bathing suit, trapping the organisms between the suit and the skin. Pressure on the small jellyfish cause the stinging cells to discharge, releasing toxin into the skin. Wearing bathing suits for prolonged periods after swimming, showering in fresh water, and mechanical stimulation (rubbing with a towel) make the eruption worse.

The initial stinging feeling is probably due to the toxin, however the subsequent rash is likely to be immune-mediated. A number of studies have shown high antibody levels to the jellyfish antigens, suggesting the reaction is an allergic response. This is further supported by only a small proportion of people exposed develop the rash.

What are the clinical features of sea bather's eruption?

A tingling sensation under the bathing suit (breasts, groin, cuffs of wetsuits) may be first noticed while still in the water or soon after emerging. Over several hours it becomes an itch, which can last for several weeks. It is generally confined under the swimming costume, particularly the tight-fitting areas, but can extend to exposed skin. Up to 20% of patients complain of feeling slightly unwell, with fever and fatigue. Some children also develop a tummy upset. When taking a freshwater shower while still wearing the bathing suit, the itch gets worse. Itching can be quite severe and become painful.

The rash usually starts a couple of hours after swimming. It presents as vesicles, red papules, pustules, and urticarial weals which may become dense and run together in a mass. Lesions may relate to hair follicles. Each person may react differently to the stings depending on their sensitivity and previous exposure. The eruption seems to recur more severely in people who have had a previous episode. The average duration of the rash is 1-2 weeks, but can persist for up to 1-2 months.

What can prevent sea bather's eruption?

Other than staying out of the water (or not wearing a swimming costume), not much can be done to completely avoid the jellyfish's sting if they are present in the water. People have tried various barrier creams to prevent the jellyfish from contacting the skin but creams do not provide a strong enough barrier to the stingers. Sometimes, a wet suit will limit exposure to the edges of the garment. General experience indicates the infestation seems to occur near the surface of the water so snorkelers and swimmers seem to be the most vulnerable.

Following possible exposure to the thimble jellyfish, the most effective preventive measure is to quickly remove the bathing costume and rinse the body in seawater that doesn't have the jellyfish. Pat-dry with a towel and dress in clean clothes. Do not rub the affected areas with a towel or hands as that could cause additional stinging. Caution: An immediate rinse with fresh water, vinegar, or other solutions may cause additional stinging from organisms clinging to your skin or clothes.

How is sea bather's eruption diagnosed?

What is the treatment for sea bather's eruption?

Once sea bather's eruption occurs (and you have taken off your swimming costume and showered), an application of diluted vinegar or rubbing alcohol may neutralise any toxin left on the skin. An ice pack may help to relieve pain. The most useful treatment is 1% hydrocortisone lotion applied 2-3 times daily for 1-2 weeks. Topical calamine lotion with 1% menthol may also be soothing. Nonsteroidal anti-inflamatory drugs such as ibuprofen and aspirin (but not in children) may help to reduce pain and inflammation.

If the reaction is severe, the injured person may suffer from headache, fever, chills, weakness, vomiting, itchy eyes, and burning on urination, and should be treated with oral prednisone (steroids).

The stinging cells may remain in the bathing costume even after it dries, so once a person has developed sea bather's eruption, the clothing should undergo machine washing or be thoroughly rinsed in alcohol or vinegar, then washed by hand with soap and water.

Antihistamines may be of some benefit. Malaise, tummy upsets, and fever should be treated symptomatically.

What is the differential diagnosis of sea bather's eruption?

Sea bather's eruption can also look very similar to seaweed dermatitis, but no seaweed is found on the skin or in swimwear.

Swimmer's itch is due to cercarial organisms and affects the exposed skin after swimming in fresh or salt water.

What is the outcome for sea bather's eruption?

Sea bather's eruption settles with time, although this can sometimes take 1-2 months. Recurrence may occur after wearing the same swimming costume again due to residual nematocysts.

Further exposure to the causative organism, even years later, can result in a more severe reaction.