Subungual melanoma is a cancer that arises from a malignant proliferation of melanocytes in the nail matrix. Typically, it presents clinically as a pigmented streak in the nail plate, which slowly expands at the proximal border and may extend to involve the adjacent nail fold (Hutchinson sign; figure 1).

Histopathologically, the nail plate in subungual melanoma will show abundant diffuse melanin deposition (figure 2). Sections of the matrix and nail bed show a melanocytic lesion with poor circumscription, predominantly single-cell growth, and pagetoid scatter (figures 3 and 4). Junctional nesting and confluence may be seen. The majority of cases demonstrate a combination of epithelioid and dendritic cytomorphology (figure 5). Nuclear atypia and conspicuous nucleoli are often overt but may be subtle. 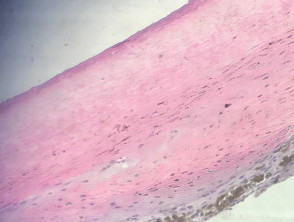 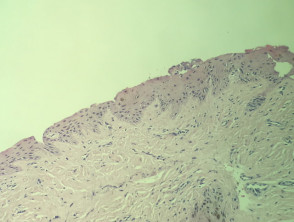 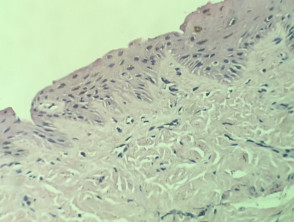 Immunohistochemistry using Melan-A and SOX10 can be useful in highlighting the extent and pattern of the melanocytic lesion and help to confirm or rule out invasion. Proliferative markers (eg, Ki-67) can be used to highlight an increased proliferative index.