What is tinea barbae?

Tinea barbae is the name used for infection of the beard and moustache areas of the face with a dermatophyte fungus. It is less common than tinea capitis and generally affects only adult men.

The cause of tinea barbae is most often a zoophilic (animal) fungus:

Tinea barbae is usually due to infection of coarse facial hair with an ectothrix pattern (spores on the outside). In ectothrix infections, the fungal filaments (hyphae) and spores (arthroconidia) cover the outside of the hair. 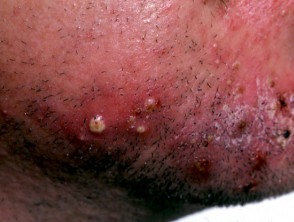 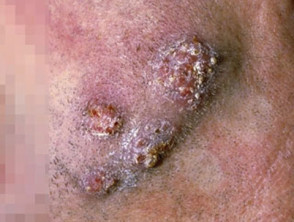 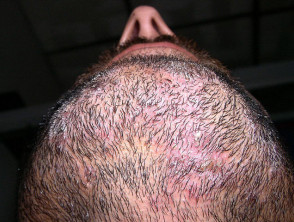 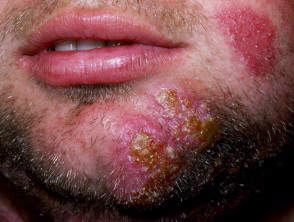 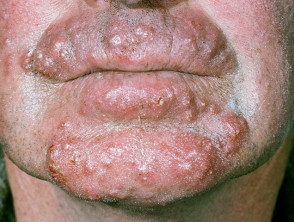 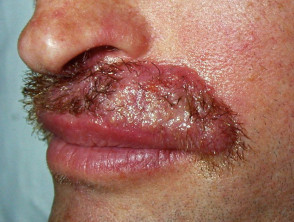 Tinea barbae most often affects farmers and is due to direct contact with an infected animal. It is rarely passed from one person to another.

Tinea barbae is usually very inflamed with red lumpy areas, pustules and crusting around the hairs (kerion). The hairs can be pulled out easily. Surprisingly, it is not excessively itchy or painful.

The diagnosis of tinea barbae is confirmed by microscopy and culture of skin scrapings and hair pulled out by the roots.

Topical antifungal agents may be adequate for mild cases of tinea barbae, but it is usually treated with oral antifungal medicines, including terbinafine and itraconazole.