Fungal infections of the skin are also known as ‘mycoses’. They are common and generally mild. However, in very sick or otherwise immune suppressed people, fungi can sometimes cause severe disease. 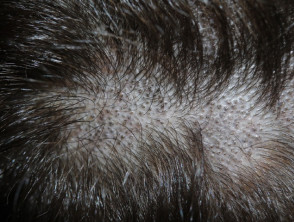 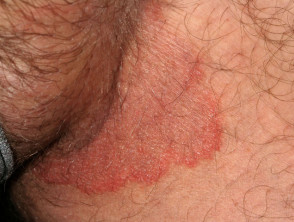 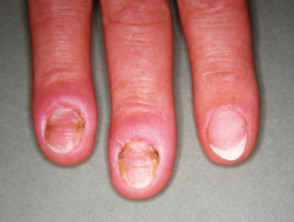 Fungi are parasites or saprophytes and live off living or dead organic matter.

Mycologists identify and classify fungi according to their appearance by microscopy and in culture, and by the method of reproduction, which may be sexual or asexual.

Growing fungi have branched filaments called hyphae, which make up the mycelium (like branches are part of a tree). Some fungi are compartmented by cross-walls (called septae).

Arthrospores are made up of fragments of the hyphae, breaking off at the septae. Asexual spores (conidia) form on conidiophores. The sexual reproductive phase of many fungi is unknown; these are ‘fungi imperfecta’ and include those which infect humans.

Yeasts form a subtype of fungus characterised by clusters of round or oval cells. These bud out similar cells from their surface to divide and propagate. In some circumstances, they form a chain of cells called a pseudomycelium.

These affect the outer layers of the skin, the nails and hair. The main groups of fungi causing superficial fungal infections are:

These involve the deeper layers of the skin (the dermis, subcutaneous tissue and even bone). The causative organisms live in the soil on rotting vegetation. They can get pricked into the skin as a result of an injury but usually stay localised at the site of implantation. Deeper skin infections include:

Systemic mycoses may result from breathing in the spores of fungi, which live in the soil or rotting vegetation, or present as an opportunistic disease in immunocompromised individuals.

Although uncommon, some may infect healthy individuals. The result is most often a mild infection and long-lasting resistance to further attack, but occasionally these infections are more severe and chronic (especially in the immune suppressed). The organisms causing systemic fungal infections include:

In recent years, both topical and oral allylamine and triazole antifungal drug resistance has become a problem, particularly in the Indian subcontinent.