Aspergillosis is disease caused by aspergillus.

Aspergillus is a fungus (mould) that is found in abundance throughout the environment in soil, decomposing plant matter, ornamental plants, water, household dust, and building materials. More than 100 different species of aspergillus have been identified, but the species most commonly implicated in human disease are A. fumigatus, A. flavus, and A. niger.

The term aspergillosis is not used to refer to chronic nail infections caused by aspergillus, which is a form of onychomycosis that affects people with normal immune systems.

How does aspergillosis occur?

Aspergillus most commonly enters the human body via inhalation. Most people breathe in aspergillus spores every day, with no ill-effect. However, in patients with pre-existing medical conditions, aspergillus can start to proliferate and cause disease, primarily a lung infection. Infection is more likely if a large number of spores are inhaled, such as on exposure to a very dusty environment or during renovation of a building.

Aspergillus can also spread to the skin via the blood stream.

What are the clinical features of aspergillosis?

There are four common clinical patterns of disease.

Allergic aspergillosis can affect anyone, but is more common in people with asthma or cystic fibrosis.

Aspergilloma affects people with an underlying cavity-causing lung disease, such as tuberculosis, emphysema, or cystic fibrosis.

What are the skin manifestations of aspergillosis?

Skin changes are most commonly a consequence of widespread infection with aspergillus in patients with impaired immunity.

Primary cutaneous aspergillosis most commonly develops at the site of an intravenous cannula insertion or venipuncture (wound from a blood test). 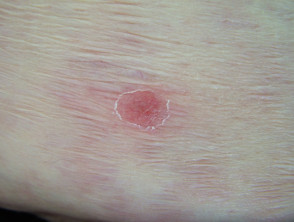 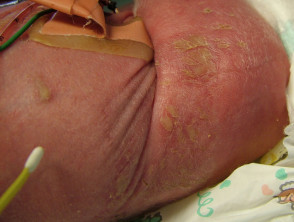 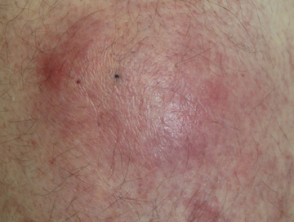 How is aspergillosis diagnosed?

Aspergillus in the laboratory 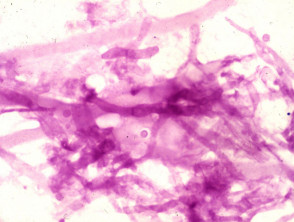 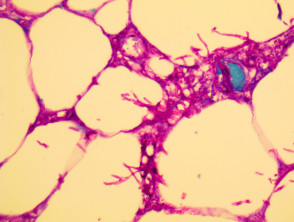 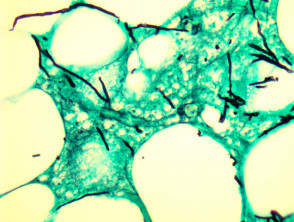 How is aspergillosis treated?

Can aspergillosis be prevented?

Because the aspergillus fungus is present everywhere throughout the environment, it is virtually impossible to avoid it altogether. In patients with severely impaired immunity, the following measures may be helpful: