What is yellow nail syndrome?

Yellow nail syndrome is a rare disorder of the nail, which is usually accompanied by lymphoedema (swelling of parts of the body caused by blockage or damage to the drainage of the lymphatic system). It may also be associated with recurrent pleural effusions (fluid collection in space surrounding the lungs) and less commonly bronchiectasis (chronic, abnormal dilation of the bronchi in the lungs), chronic bronchitis and sinus infections. 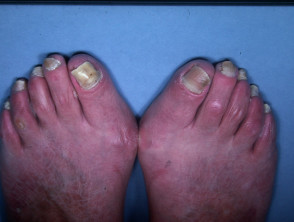 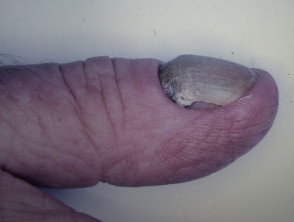 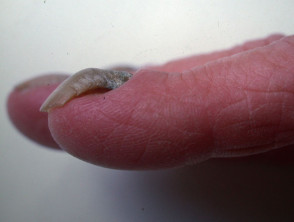 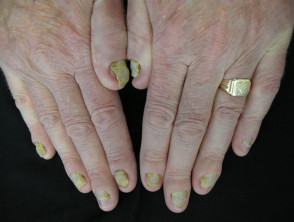 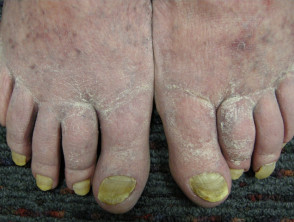 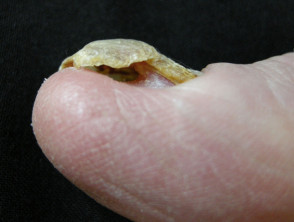 Yellow nail syndrome most often starts in middle age, although a similar condition has been described in younger children.

The three main features of yellow nail syndrome are described in the following table.

The cause of yellow nail syndrome is unknown. However, it is seen in patients with chronic bronchiectasis or sinusitis, pleural effusions, internal malignancies, immunodeficiency syndromes, and rheumatoid arthritis. In some cases the lymphatic abnormality may be congenital (occur during development) but in most it is probably related to the other associated conditions.

What treatment is available?

Patients should receive appropriate medical treatment for their respiratory symptoms and oedema.

Nail changes once established are usually permanent, although complete reversion to normal nails has occurred in some cases. Treatment of nails includes topical vitamin E solution and oral itraconazole. Some studies have shown that nutritional supplementation with vitamin E appears to be effective in controlling yellow nail syndrome, for unknown reasons. Zinc supplements have also been used but it is unclear whether they are effective.

Itraconazole and fluconazole are oral antifungal agents. It has been noted that they appear to speed up the rate of growth of nails, which may be of benefit in yellow nail syndrome even though it is not caused by fungal infection.