What is imidazolidinyl urea and where is it found?

Imidazolidinyl urea is a formaldehyde-releasing preservative. It is used in many cosmetics and pharmaceutical preparations.

What are the reactions to imidazolidinyl urea allergy? 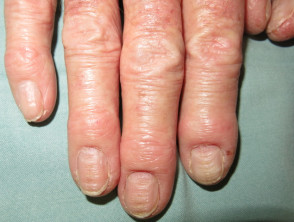 Am I allergic to imidazolidinyl urea?

Imidazolidinyl urea allergy is diagnosed from the clinical history and by performing special allergy tests, i.e. patch tests. Patch testing with 2% imidazolidinyl urea in petrolatum is used. Self-testing a product for imidazolidinyl urea is possible but should be done only after first talking with your doctor. This should be done only with products that are designed to stay on on the skin such as cosmetics (not including eyeliners or mascaras) and lotions. Apply a small amount of the product to a small tender area of skin such as the bend of your arm twice a day for 1 week. Examine the area each day and if no reaction occurs, repeat the test on a small area in front of your ear. If no reaction occurs, it is unlikely you are allergic to it. Even so, you should still be cautious if you are intending to use it over large areas as it may be an irritant.

Products such as shampoos and cleansers should not be tested in this way as they may cause an irritant dermatitis, which is not allergic, if they are covered or overused on tender areas.

Treatment of contact dermatitis due to imidazolidinyl urea exposure

Once the dermatitis appears on the skin, treatment is as for any acute dermatitis/eczema, i.e. topical corticosteroids, emollients, treatment of any secondary bacterial infection (Staphylococcus aureus), etc.

What should I do to avoid imidazolidinyl urea allergy?

Avoid related substances that you may also be allergic to. This includes formaldehyde and other formaldehyde-releasing preservatives found in cosmetics, topical agents, and industrial and metalworking fluids.

Alert your doctor to the fact that you have an allergy to imidazolidinyl urea. Your dermatologist may have further specific advice, particularly if you are highly sensitive. Preparations that contain other types of preservatives, as long as you do not have an allergy to these too, should be safe to use. Ask your pharmacist for advice.

Imidazolidinyl urea is also known by several other names. These include: