Aloe vera and the skin

What is Aloe vera?

Aloe vera, also called Aloe barbadensis, is a widely cultivated succulent perennial green plant that grows wild in hot, dry climates, such as Africa and around the Mediterranean. It is one of the over 500 members of the diverse Aloe genus in the family Xanthorrhoeaceae. However, not all Aloes have the same medicinal properties or applications as Aloe vera.

Plants of the Aloe genus 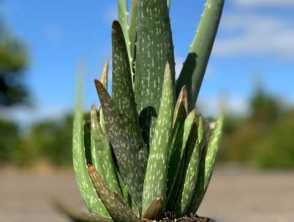 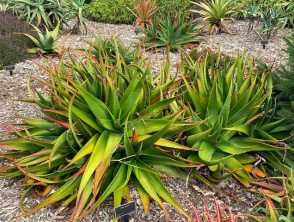 Aloe vera was a traditional medicine used in ancient cultures including by the Greeks, Chinese, Egyptians, Indians, and Romans. Currently, Aloe vera is used by the general public, traditional healers, and some health professionals for skin disorders.

Anecdotally, Aloe vera is used to treat a wide range of skin disorders because it is soothing, moisturising, and cooling to the skin. Uses include treating minor burns (including sunburn), minor skin irritations, acne, insect bites, abrasions, skin ageing, eczema (including napkin dermatitis), and psoriasis.

Tell me more about Aloe vera

The Aloe vera leaf is large, thick, and fleshy, with a sharp tip and a spiky edge. It can be divided into two parts which are chemically distinct: the outer green part which contains the vascular bundles, and the inner gel.

The yellow exudate from around the vascular bundles tastes bitter and contains anthraquinones, the compounds that give Aloe vera its distinct aroma. The gel is 99% water and the remaining 1% is a range of dissolved compounds including water- and fat-soluble vitamins, minerals, enzymes, sugars (monosaccharides and polysaccharides), phenolic compounds, and organic acids.

Medicinal properties are claimed for both the outer and inner parts of the leaves. There are preparations of Aloe vera derived from whole leaf extracts, aloe juice from the yellow exudate (sap), and the inner, colourless, mucilaginous gel which has been used topically to treat a variety of skin conditions.

The dermatological use of Aloe vera comes from ancient history. There are descriptions of its use during the reign of the Emperor Nero to alleviate skin irritation, sunburn, and acne. The Egyptian queens Cleopatra and Nefertiti used aloe as part of their daily skin care regime. It was used to embalm the dead because the antibacterial and antifungal properties delayed physical decomposition permitting physical and spiritual eternal life. Alexander the Great was thought to have used it to heal the war wounds of his soldiers and he took transportable carts of planted aloe on his campaigns.

Modern analysis of Aloe vera demonstrates a range of potential therapeutic effects including anti-microbial, anti-viral, anti-oxidant, anti-inflammatory, skin protection, and wound healing. There are more than 75 active ingredients in the gel and the effects may be a synergism of the different components rather than an individual chemical. Aloe vera probably exerts its effects on the skin from antioxidant and anti-inflammatory actions.

Although there are many potential benefits, the use of Aloe vera in conventional medicine has not been thoroughly established.

What are the benefits of Aloe vera?

Aloe vera gel is used in the food industry as an ingredient in gel-containing drinks and dietary supplements. In the cosmetic industry, the gel is used as a base for creams, lotions, soaps, shampoos, and facial cleaners.

Aloe vera gel is also used in the pharmaceutical sector for topical ointments and gels, and the production of tablets and capsules. Aloe vera gel and leaf extract may be useful in medication delivery, for example in sustained release tablets.

Aloe vera and the skin

There are many purported dermatological uses for Aloe vera. The current evidence reviewed and summarised by the Cochrane Collaboration is as follows.

What are the side effects and risks of Aloe vera?

What are the contraindications with Aloe vera?

Allergy to Aloe vera gel and allergy to plants in the Liliaceae family which are part of the Aloe vera group, for example lilies and tulips.

The sap is used as a stimulant laxative, and therefore care is needed with co-existing gastrointestinal disorders. It should not be used in young children and during pregnancy or lactation. There are a number of possible interactions with prescribed medications.