What is an antiseptic?

Most chemical agents can be used as both an antiseptic and a disinfectant. The purpose for which it is used is determined by its concentration. For example, hydrogen peroxide 6% solution is used for cleansing wounds, while stronger solutions (> 30%) are used in industry as bleach and oxidising agent. 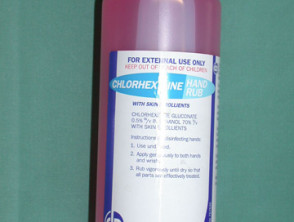 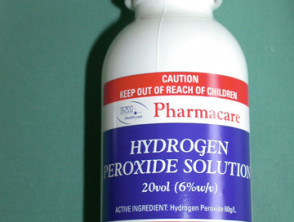 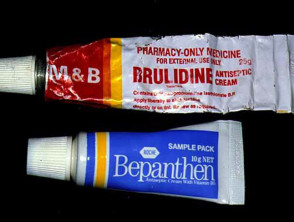 Antiseptics can be classified according to their chemical structure. Commonly used antiseptic groups include alcohols, quaternary ammonium compounds, chlorhexidine and other diguanides, antibacterial dyes, chlorine and hypochlorites, inorganic iodine compounds, metals, peroxides and permanganates, halogenated phenol derivatives and quinolone derivatives. The following table lists some of the agents within these groups.

Antiseptics are used for:

Are antiseptics effective and safe?

The effectiveness and complete safety of antiseptics have proved to be quite difficult to establish.

Due to concern about the potential for systemic absorption, in December 2017, the US Food and Drug Administration (FDA) ruled that 24 ingredients — including triclosan —used in non-prescription (over-the-counter) antiseptic products (such as hand washes, hand scrubs/rubs and patient antiseptic preparations) intended for use by health care professionals in a hospital setting or other health care situations outside the hospital, are generally not recognised as safe and effective (often due to inadequate data). The 24 ingredients will be classified as new drugs requiring regulatory approval for marketing from December 2018. A decision was deferred on a further six ingredients (benzalkonium chloride, benzethonium chloride, chloroxylenol, alcohol, isopropyl alcohol, and povidone-iodine).

Antiseptic bought from the pharmacy should not be used for more than one week. Stop using the antiseptic and see a doctor if:

Do not use antiseptics to treat sunburn or deep skin infection. Remember that antiseptic only reduces microorganisms on the surface of the tissue and that antibiotics will be needed to treat infection within the tissues.

People with allergies of any kind should check with a doctor or pharmacist before using an over-the-counter antiseptic product. Some antiseptics can irritate the skin and cause allergic contact dermatitis. Chlorhexidine has been reported to rarely cause anaphylaxis.

What about antibacterial soap?

In September 2016, the US Food & Drug Administration (FDA) issued a final rule establishing that over-the-counter (OTC) consumer antiseptic wash products containing certain active ingredients can no longer be marketed. Nineteen of these are listed, including triclosan and triclocarban. Regulators in other countries may follow with similar rulings. Reasons include:

Hand sanitiser containing at least 60% alcohol can be used, if soap and water are not available. Emollients are recommended after use if the hands are dry or develop contact dermatitis due to the use of antiseptics.