Iodine is a natural element that is essential for all living organisms. Iodine is a member of a group of non-metal elements called halogens; other halogens include fluorine, chlorine and bromine.

What is iodine used for?

Iodine is used topically, orally and by injection:

Iodine may also be ingested in foods such as seaweed, seafood and iodised salt. Smaller amounts of iodine are found in vegetables and meat. 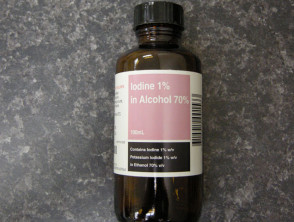 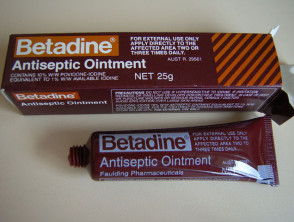 The term ‘iodine allergy’ is commonly used, but is actually a misnomer. Iodine is a trace element present throughout the body and is essential for the production of thyroid hormones. It is not possible to have a true allergy to elemental iodine.

These reactions may be classified as immediate and non-immediate:

Newer iodinated contrast media have improved chemical properties and the incidence of these types of reactions is now much lower.

Povidone-iodine is a commonly used antibacterial agent that is a compound of iodine and povidone, along with other additives. Povidone is also used in other products such as foods, medicines (eg, antihistamines, diuretics, and pain-relievers), hair products, and toothpaste.

Patch testing is often used to help diagnose an allergic contact reaction. However, false positive reactions can occur in this instance due to the irritant properties of povidone-iodine under occlusion. When a positive patch test reaction to povidone-iodine does occur, it is important to confirm results with further tests, such as the repeat open application test (ROAT).

Systemic reactions to povidone-iodine antiseptics (e.g. generalised urticaria and anaphylaxis) are extremely rare and are thought to be caused by povidone, rather than iodine.

Other cutaneous reactions to iodine 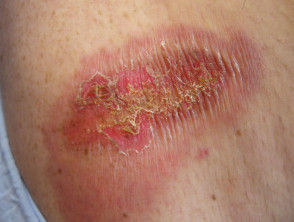 New Zealand approved datasheets are the official source of information for these prescription medicines, including approved uses and risk information. Check the individual New Zealand datasheet on the Medsafe website.