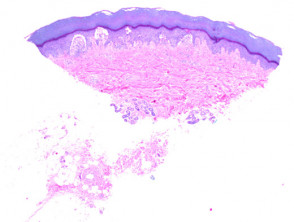 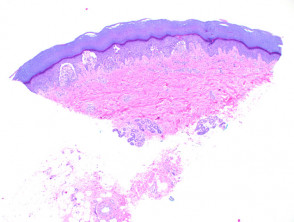 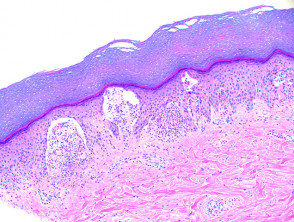 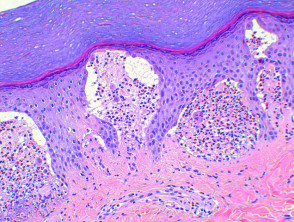 Linear IgA bullous dermatosis: The histological findings are largely identical, though acantholysis and fibrin at the tips of the dermal papillae and leukocytoclasis is more common in dermatitis herpetiformis. The immunofluorescence findings will show a linear basement membrane IgA staining.

Bullous lupus erythematosus: The histology may be identical with discrimination only possible where linear IgG and IgM is found at the basement membrane. Deposits of IgA can also be seen concurrently. Frequently the dermal papillary neutrophilic infiltrate is seen to extend into the surrounding interstitium.

Cicatricial pemphigoid: In early lesions papillary abscess formation can be seen, though the eosinophilic population increases with lesion time. The key distinguishing feature is the presence of dermal scarring beneath the blister. Immunofluorescence also differs with linear IgG typically seen at the basement membrane. Exceptional cases may show IgA deposition alone.