Why do we need laboratory testing for bacterial infections?

Various tests are carried out in a laboratory to establish or confirm the diagnosis of a bacterial skin infection. Although a thorough history and examination of the patient are vital, laboratory tests can help the clinician to reach a diagnosis.

The culture of the bacterial species with antibiotic sensitivity testing is considered the gold standard laboratory test.

Skin samples can be collected in the following ways. 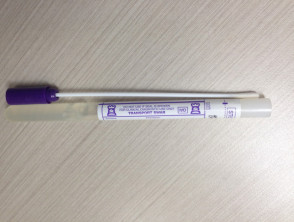 What is meant by culturing bacteria?

Culturing or growing bacteria is most commonly done by brushing the skin swab on sheep blood agar plates and exposing them to different conditions. Which bacteria grow depend on the medium used to culture the specimen, the temperature for incubation, and the amount of oxygen available.

Bacterial culture on an agar plate 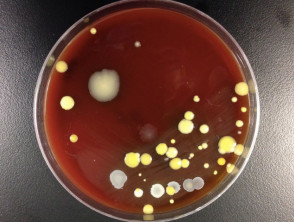 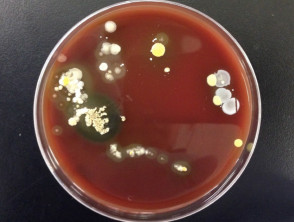 What is antibiotic sensitivity testing?

Antibiotic sensitivity testing determines which antibiotics inhibit the growth of the bacteria that have been cultured. This information allows the selection of the most suitable antibiotic to treat a particular infection. Antibiotic susceptibility testing is used to determine:

What is a Gram stain?

A Gram stain uses a series of stains or dyes on a sample, followed by inspection under a light microscope to detect and identify bacteria as Gram-positive or Gram-negative. A Gram stain can be done on the original sample, but it is usually done on cultured bacteria after transferring a colony of bacteria from the agar plate to a glass microscope slide.

The Gram stain also identifies the bacterium's shape and behaviour. 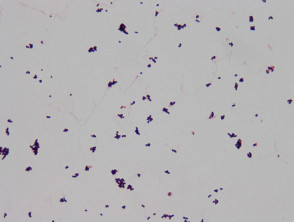 What other tests can be done with bacterial cultures?

Coagulase is an enzyme produced by certain bacteria that converts fibrinogen to fibrin and is observed as clumping of cells in plasma. The coagulase test differentiates coagulase-positive Staphylococcus aureus from coagulase-negative staphylococci.

Catalase is an enzyme that degrades hydrogen peroxide into hydrogen and oxygen. The bacterial sample is added to a test tube of hydrogen peroxide. The production of bubbles (oxygen) indicates a positive result. The catalase test differentiates catalase-positive staphylococci and micrococci from catalase-negative streptococci.

What blood tests are done in bacterial infections?

Blood tests require a sample of blood accessed by a needle from a vein. Examples of those requested for bacterial infection include:

PCR involves isolating and amplifying lengths of bacterial DNA from a sample of skin, blood or other tissue. The DNA is compared to bacterial DNA from known organisms, thus identifying the species. It is useful for slow-growing bacteria such as anaerobic bacteria and mycobacteria (tuberculosis and atypical mycobacteria), as these cannot be cultured by standard methods.

ELISA can test for specific organisms either by detecting bacterial antigen during an infection or antibacterial antibody. The detection of the antibody confirms contact with an organism at some time but it is not necessarily the reason for a current infection.

ELISA is rarely used for the detection of skin bacteria. It may be used to detect: