What are patch tests?

The patch testing described here is as it is undertaken in Hamilton, New Zealand. There may be slight differences in methods used at other centres - if you are having patch tests done, ask your dermatologist to explain.

A range of substances can be used for patch testing. A baseline series such as the European Standard Series of allergens (or similar) is applied to nearly every patient, together with specific tests appropriate to the individual. Each substance (known as an allergen) has been tested to find the best concentration to demonstrate an allergic reaction without causing irritation to those who are not allergic to the material.

Sometimes the results can be inconclusive or misleading. Instead of one or two positive reactions, sometimes nearly all test areas become red and itchy. This is known as ‘angry back’ and is most likely to occur in those with very active dermatitis (false positive result). At other times, there may be little or no apparent reaction to a substance that regularly causes dermatitis in that person (false negative result).

Further testing may be necessary. Patch tests do not always explain the cause of a dermatitis. 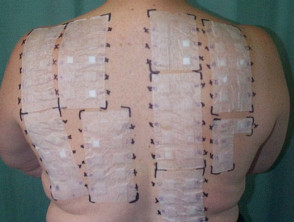 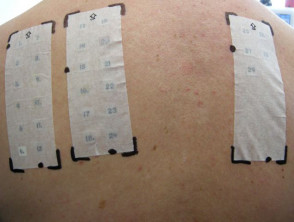 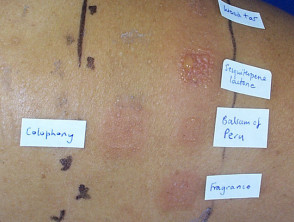 The first appointment will take about half an hour. Tiny quantities of 25 to 150 materials in individual square plastic or round aluminium chambers are applied to the upper back. They are kept in place with special hypoallergenic adhesive tape. The patches stay in place undisturbed for 48 hours.

At the second appointment, usually two days later, the patches will be removed. Sometimes further patches are applied. The back is marked with an indelible black felt tip pen or other suitable marker to identify the test sites.

These marks must still be visible at the third appointment, usually two days later (4 days after application). The back should be checked and if necessary remarked on several occasions between the 2nd and 3rd appointments.

The dermatologist will complete a record form at the second and third appointments (usually 48 and 96 hour readings). The result for each test site is recorded. The system we use is as follows:

Irritant reactions include sweat rash, follicular pustules and burn-like reactions. Uncertain reactions refer to a pink area under the test chamber. Weak positives are slightly elevated pink or red plaques. Strong positives are ‘papulovesicles’ and extreme reactions are blisters or ulcers. The relevance depends on the site and type of dermatitis and the specific allergen. The interpretation of the results requires considerable experience and training. 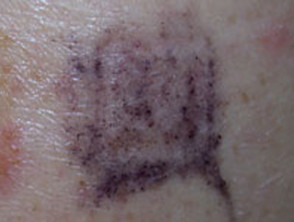 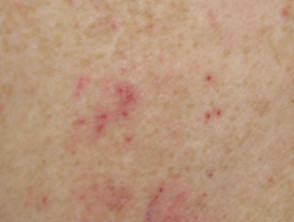 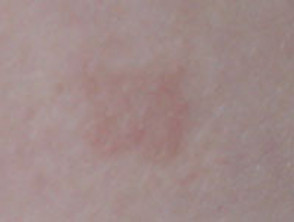 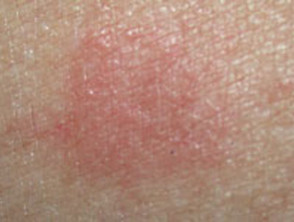 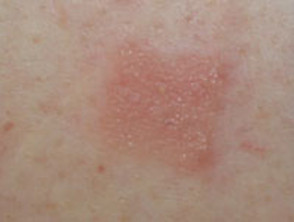 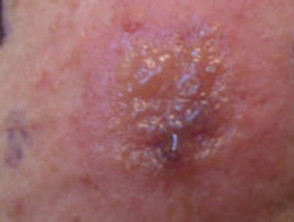 Bring Your Own Materials For Testing

Discuss the particular substances with which you come into contact with your dermatologist; you may be asked to bring materials from home or work.

Some patients have photopatch tests because their dermatitis develops on skin exposed to the sun (photosensitivity). Two sets of fragrances, antiseptics, plant materials and sunscreens may be applied. After removal, one set is exposed to a small dose of ultraviolet radiation (UVA). This is not enough to cause a photosensitivity reaction on its own.

Positive patch test results are small areas of active eczema/dermatitis. They will be itchy and may require treatment with topical steroid. 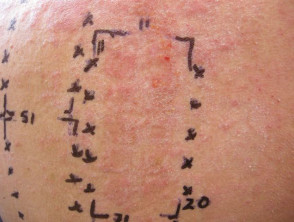 Extension of dermatitis to surrounding skin 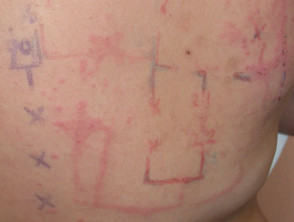 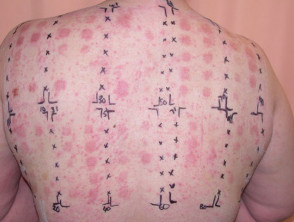