Rosai-Dorfman shows infiltration of the dermis or subcutaneous tissue with associated sclerosis (figures 1, 2). The infiltrate is composed predominantly of epithelioid histiocytes with a pale to eosinophilic cytoplasm. Some multinucleate forms may be seen. Admixed with these large histiocytes are lymphocytes, plasma cells, neutrophils and eosinophils.

The hallmark of Rosai-Dorfman disease is emperipolesis, in which lymphocytes and other inflammatory cells reside undisturbed within the cytoplasm of the histiocytes (figures 3, 4, arrows).

Plasma cells are frequently dense in cutaneous Rosai-Dorfman disease (figure 5). Because of this, some authors believe there is a relationship this disease and IgG4-related sclerosing diseases. 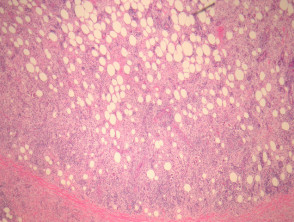 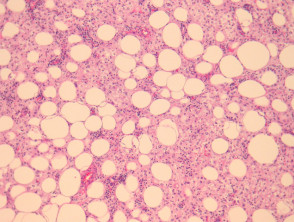 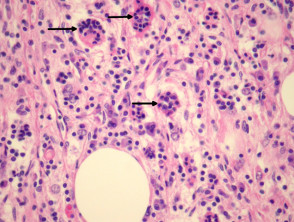 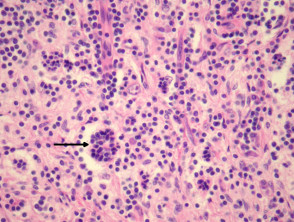 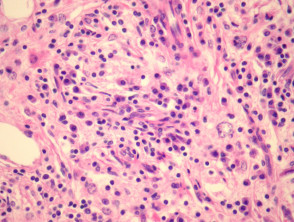 Other histiocytic diseases should not display emperipolesis.

Subcutaneous panniculitis-like T-cell lymphoma: the infiltrate is predominantly lymphocytic. There are histiocytes engulphing nuclear debris (bean bag cells) which should not be confused with emperipolesis. The lymphocytes demonstrate nuclear atypia and can be seen to characteristically rim the adipocytes.