What is traction alopecia?

Traction alopecia is a form of acquired hair loss that results from prolonged or repetitive tension on the scalp hair. It was first described in 1907 in subjects from Greenland who had developed hair loss along the hairline due to prolonged wearing of tight ponytails.

Alopecia due to traction can be caused by:

It can also be due to the weight of excessively long hair. It is commonly associated with African-American females who wear tight braids resulting in hair loss on sides of the head (temporal scalp). Traction alopecia has also been described in Sikh males who twist their uncut scalp hair tightly on the scalp (resulting in scalp alopecia) or their uncut beard below the chin (causing submandibular traction alopecia).

Traction alopecia affects people of any ethnic background or age. The likelihood of developing traction alopecia increases with age, likely due to a prolonged history of these hair practices.

What are the clinical features of traction alopecia?

There is a large variation in the pattern of clinical presentation of traction alopecia. It there is no suspicion of traction, it can be difficult to diagnose. Patients may present with:

Traction alopecia mostly affects the front (frontal) and sides of the scalp but the location of traction alopecia wholly depends on an individual's hair care practice, which may or may not is related to their ethnic background. "Fringe sign" is commonly found in patients with traction alopecia of the marginal hairline – this means that some hair is retained along the frontal and/or temporal rim of the hairline. Initially, traction alopecia is noncicatricial (without scarring), but prolonged and excessive tension leads to destruction of the hair follicles and permanent alopecia. 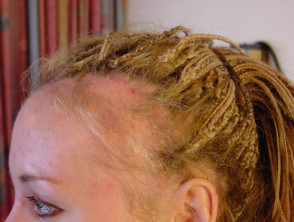 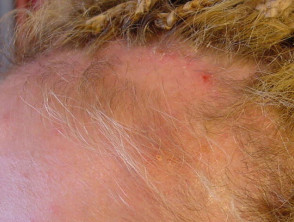 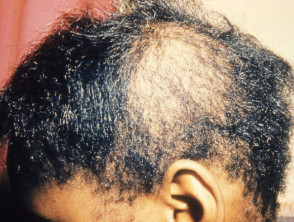 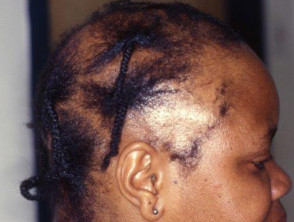 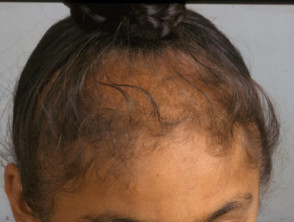 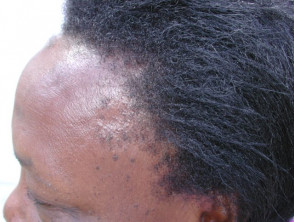 What are the histological findings in traction alopecia?

The histological findings of a skin biopsy taken from an area of traction alopecia differ depending on its stage of progression.

At a later stage:

What is the treatment of traction alopecia?

Medical treatment options reported to have been used in traction alopecia include: