What is calcipotriol/betamethasone dipropionate ointment and gel?

Calcipotriol/betamethasone dipropionate ointment and gel are available in New Zealand with a doctor’s prescription and are fully funded by PHARMAC. The New Zealand marketing authorisation for Daivobet is held by LEO Pharma. 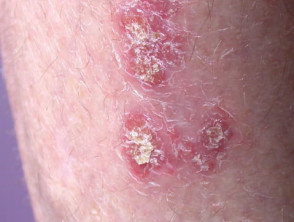 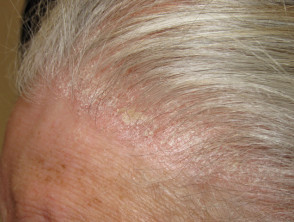 In an 8-week, multicentre, randomised, double-blind study, patients with scalp psoriasis were randomised to treatment with the two-compound scalp formulation (calcipotriol 50 mcg/g plus betamethasone 0.5 mg/g, as dipropionate) (n = 541), betamethasone 0.5 mg/g (as dipropionate) in the same vehicle (n = 556), calcipotriol 50 mcg/g in the same vehicle (n = 272) or vehicle alone (n = 136) [4].

According to the Investigator's Global Assessment of disease severity, the number of patients who reached ‘satisfactorily controlled disease’ (‘absence of disease’, ‘mild disease’ or ‘very mild disease’) was higher in the two-compound group than in the calcipotriol group.

Several large-scale, real-life studies have assessed the efficacy of calcipotriol/betamethasone gel in plaque psoriasis of the body and scalp. Besides the demonstration of antipsoriatic efficacy in rigidly controlled clinical trials, confirmation of effectiveness in the real-life setting where factors such as patient preference, satisfaction, and adherence to treatment become increasingly relevant.

The primary objective was to investigate the safety of two treatment regimens involving the use of the two-compound calcipotriol/betamethasone dipropionate product over 52 weeks [5].

Six hundred and thirty-four patients were randomised double-blind to treatment (once daily, when required) with either:

The calcipotriol/betamethasone combination was more effective and had a more rapid onset of action than either active constituent used alone, and was well tolerated. It is safe to transfer patients from betamethasone/calcipotriol to calcipotriol alone, with the maintenance of clinical effect.