What is a lymphatic malformation?

A lymphatic malformation is a type of vascular naevus or birthmark due to malformed and dilated lymphatic vessels. 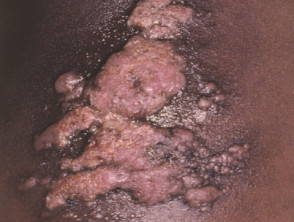 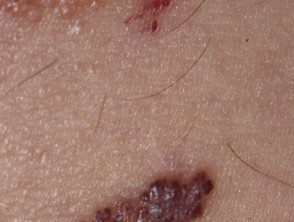 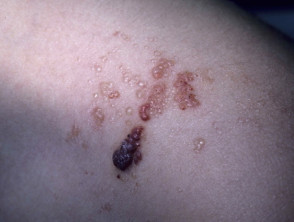 What is the cause of lymphatic malformation?

The cause of the malformed dilated lymphatic vessels is not fully understood. Embryonic lymph sacs have not connected correctly with the lymphatic system for some reason. They are non-cancerous.

Who gets lymphatic malformation?

No particular race or sex is more at risk.

What are the clinical features of lymphatic malformation?

Lymphatic malformations are always present at birth, although they may be missed; they tend to become more obvious during infancy and childhood. They may vary in size from a small dot to occasionally involving a whole limb. Although lymph is a clear fluid, lymphatic malformations often appear red or blue because of the involvement of adjacent blood vessels.

There are three main types of lymphatic malformation:

The cystic hygroma (also called ‘cystic lymphangioma’ and ‘lymphangioma cysticum’) is a ‘macrocytic’ lymphatic malformation, and is composed of large fluid-filled spaces. It appears as a skin coloured, red or bluish, somewhat transparent, swelling under the skin. Cystic hygroma most often affects the neck, armpits or groin. Very large lesions may involve the chin and face, and occasionally interfere with eating or breathing. They can become infected, which may be life-threatening if the neck is involved.

Cystic hygroma is more common in some congenital disorders including Turner syndrome, hydrops fetalis, Down syndrome and fetal alcohol syndrome. So it may be advisable for babies with this type of lymphatic malformation to have chromosomal analysis performed.

An ultrasound scan is often performed to find out the extent of the abnormality. Characteristically, firm rounded spaces are detected. A cystic hygroma is distinguished from venous malformation and haemangioma by the appearance and lack of flow of the fluid.

Cavernous lymphangioma can affect any site on the body, including the tongue. It presents as a skin coloured, red or bluish rubbery swelling under the skin. Sometimes it has a period of fast growth in early childhood. Rarely, it may ulcerate. It is distinguished from other vascular naevi by the presence of clear fluid within the lumps and the findings on ultrasound scan. 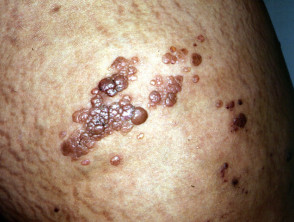 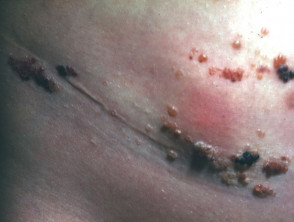 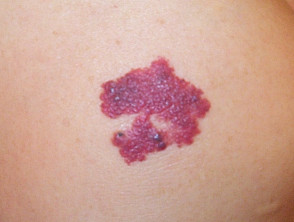 What treatments are available for lymphatic malformation?

Cystic hygroma and cavernous lymphangiomas are generally removed surgically. Unfortunately, the deeper lesions are quite difficult to remove completely and sometimes regrow. Oral sirolimus (which inhibits angiogenesis) and sildenafil (which causes dilation of blood vessels) are undergoing investigation as a potential medical treatments for severe lymphatic malformations but may have significant adverse effects [2,3].

Lymphangioma circumscriptum is benign (non-cancerous) and usually requires no treatment. Antibiotics may be given if secondary infection occurs (rare). If necessary it may be removed surgically, by dermabrasion or by laser. They have a tendency to recur after treatment.