Spindle cell lipoma typically occurs in the posterior neck, shoulder and back, and less commonly in a wide range of other locations. They are usually well circumscribed and based in subcutaneous tissue but purely dermal tumours also occur.

Spindle cell lipomas have a wide variety of appearances. They range from lesions which are mainly adipose tissue with scant spindle cell areas to those with very little fat and predominantly spindled cells (“fat free” variant). 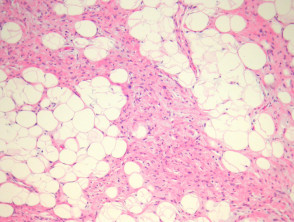 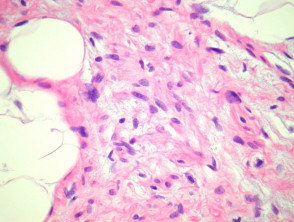 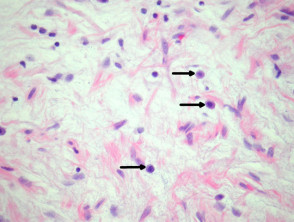 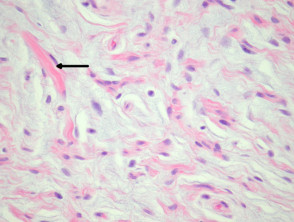 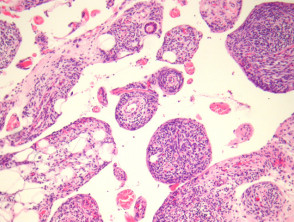 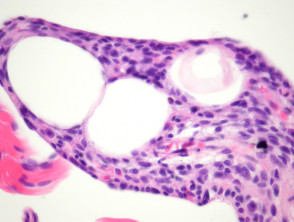 Immunohistochemical studies of spindle cell lipoma reveal the spindled cells are strongly positive with CD34. S100 may stain the mature adipocytes but is usually negative within the spindled areas.

Pleomorphic lipoma – These lesions harbour the same cytogenetic abnormalities as spindle cell lipoma and are regarded by some authorities as the same entity. Pleomophic lipoma displays characteristic giant cells with hyperchromasia and a deeply eosinophilic cytoplasm.