What are the rickettsial diseases?

Rickettsiae are small, obligate intracellular, Gram-negative bacteria that spend part of their life cycle in an arthropod host (eg, a tick, flea, body louse or mite). Humans are infected with the rickettsial organism either via a bite or contact with faeces from an infected arthropod. The disease that develops depends upon the specific bacterium transmitted. Many different bacterial species are classified within the rickettsial group and diverse clinical manifestations are seen, which vary greatly in terms of severity. The majority of rickettsial diseases result in a rash and some will also result in a cutaneous eschar, aiding diagnosis.

What are rickettsia typhi?

Who gets rickettsia typhi?

Louse-borne epidemic typhus is seen in emergency situations where there is overcrowding and washing facilities are limited (eg, in refugee camps). 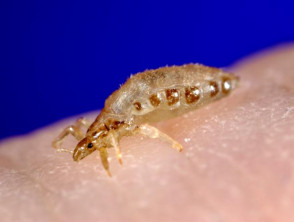 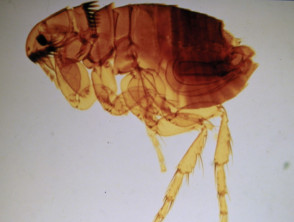 Epidemic louse-borne typhus is distributed worldwide but is associated with emergency situations. The bacterium Rickettsia prowazekii is carried and transmitted to humans by the human body louse (Pediculus humanuscorporis).

The infection tends to be moderate to severe and a generalised maculopapular eruption is seen. The systemic features of epidemic louse-borne typhus include neurological symptoms (eg, deafness and delirium) and abdominal pain. Its complications include multisystem involvement and Brill–Zinsser disease — with a recurrence of disease months to years later.

There is a significant mortality risk of 20–50% if left untreated.

Sylvatic typhus is a rare and milder form of epidemic typhus occurring the eastern United States. The infection is associated with close contact with flying squirrels, although the mode of transmission is not yet clear.

Murine typhus is caused by R. typhi and is distributed worldwide. Rodents are the main animal hosts for fleas (Xenopsylla cheopis or Ctenocephalides felis) carrying the infection.

Murine typhus is typically mild in severity, with a maculopapular rash affecting the trunk and limbs, while sparing the palms and soles. Its systemic features are similar to louse-borne typhus but more mild.

What are the clinical features of rickettsia typhi?

Symptoms develop 7–14 days after inoculation. The classical triad of symptoms in all rickettsial diseases is:

Rash develops around 3–6 days after the onset of disease.

What are the complications of rickettsia typhi?

Complications of typhus include:

In epidemic louse-borne typhus, there is a risk of Brill–Zinsser disease, with a recurrence of disease months to years later.

How are rickettsia typhi diagnosed?

The diagnosis of a rickettsial typhus infection is based on the clinical presentation and risk factors for exposure to body lice or fleas. Laboratory confirmation can be difficult and includes:

What is the differential diagnosis for rickettsia typhi?

What is the treatment for rickettsia typhi?

There are no existing vaccines for rickettsial infections.

Rickettsial infections can be prevented by taking measures to reduce exposure to lice and fleas. These measures include:

What is the outcome of rickettsia typhi?

All forms of rickettsial typhus infection can be life-threatening. Murine and sylvatic typhus tend to be much less severe than epidemic typhus.

Brill–Zinsser disease is a potential complication of epidemic typhus, where there is a recurrence of the disease months to years later; this is typically milder than the original disease.