What is Carrion disease?

Who gets Carrion disease?

Most cases of Carrion disease occur in endemic regions of South America, due to the presence of certain sandflies that carry the causative bacteria. Carrion disease is most prevalent in areas of Peru, Ecuador, and Colombia that are characterised by warm weather and containing populations with low socioeconomic status [1].

B. bacilliformis is a Gram-negative bacterium transmitted to humans via two vector species of the sandfly, Phlebotomus verrucarum and Lutzomyia verrucarum. The mechanism of transmission is still poorly understood. Other possible routes of transmission include direct contact with infected human blood, including blood transfusion, and vertical transmission from mother to child [2].

Once transmitted to a human host, B. bacilliformis invades the erythrocytes (red blood cells) and endothelial cells (interior surface of the blood vessels), resulting in a systemic and cutaneous phase respectively. 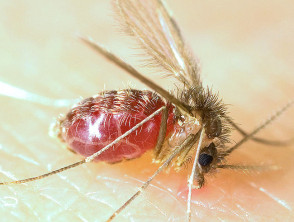 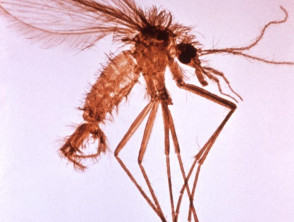 The invasion of the erythrocytes by B. bacilliformis causes haemolysis and subsequently leads to the development of anaemia and the systemic manifestations of Carrion disease. The incubation period can be anywhere from 3 to 12 weeks following exposure to infected sandflies [3].

The invasion of the endothelial cells by B. bacilliformis induces a proliferative process that results in the characteristic skin lesions of Carrion disease. Localised angiogenesis within the lesion reduces contact between cells and impairs normal cell functioning. The bacteria may occupy both the inside of endothelial cells and the extracellular matrix [3–5].

What are the clinical features of Carrion disease?

The symptoms of Carrion disease can vary significantly and symptoms are often absent in patients from endemic areas. The systemic and cutaneous phases of classic Carrion disease may occur independently or sequentially. An individual can be affected with symptoms in both phases [4].

Oroya fever, also known as the haematic or systemic phase of Carrion disease, is characterised by severe haemolytic anaemia and transient immunosuppression. Symptoms are non-specific and almost indistinguishable from those of other infectious diseases such as malaria and typhoid fever. Clinical features may include:

The lesions are polymorphic and most commonly appear on the arms and legs. They are typically painless and prone to ulceration and bleeding. Three types of cutaneous lesions may be seen. 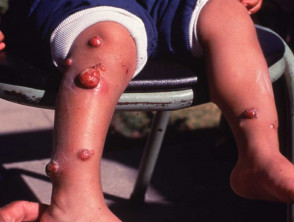 How is Carrion disease diagnosed?

The approach to the diagnosis of Carrion disease depends on whether the affected individual presents in the systemic or cutaneous phase.

The diagnosis of Carrion disease in the systemic phase cannot be made on clinical features alone due to the non-specific signs and symptoms. A septic screen should be performed, and further investigations should be considered in cases where there are risk factors for Carrion disease.

The diagnosis can often be made with a Giemsa-stained peripheral blood smear. This has a low sensitivity (as has blood culture) and may not identify mild and subclinical cases. Other possible investigations include polymerase chain reaction, immunoblot, immunoglobulin (Ig)M or IgG indirect immunofluorescence, and indirect haemagglutination [8].

The cutaneous phase of Carrion disease has characteristic skin lesions. The histopathological evaluation of a skin biopsy with Warthin–Starry silver stain or Giemsa stain may reveal bacteria.

The tissue culture of B. bacilliformis from cutaneous lesions is often unreliable due to both laboratory contamination and slow growth [8].

What is the differential diagnosis for Carrion disease?

Carrion disease is often misdiagnosed because the manifestations are similar to other infectious diseases in the endemic areas.

Differential diagnoses for the systemic phase may include:

Differential diagnoses for the cutaneous phase may include:

What is the treatment for Carrion disease?

Due to the high rates of comorbid infections and conditions, multiple treatments may be needed in patients with Carrion disease [2].

Antibiotics typically used to treat Carrion disease in the systemic phase are:

The treatment of choice for Carrion disease in the cutaneous phase is:

What are the complications of Carrion disease?

During the immunocompromised period, an individual with systemic Carrion disease may acquire various opportunistic infections. The most common pathogens are the Salmonella species [1].

If Carrion disease is acquired when a woman is pregnant, there is an increased risk of miscarriage and prematurity [2].

What is the outcome for Carrion disease?

The mortality rate in the systemic phase of Carrion disease ranges from 40% to 85% in untreated patients. Mortality can be reduced to 10% if the infection is treated appropriately. Mortality is usually secondary to opportunistic infections or malnutrition [1].

The chronic phase of cutaneous Carrion disease is usually self-limiting and rarely results in complications.