What is a severe cutaneous adverse reaction?

Common features can be seen creating diagnostic difficulty. There are also cases where diagnostic criteria overlap. 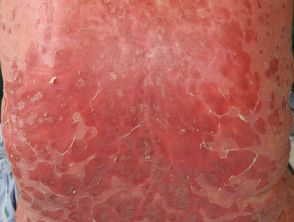 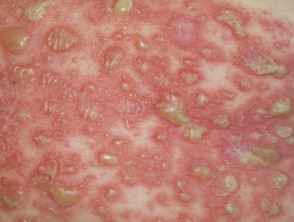 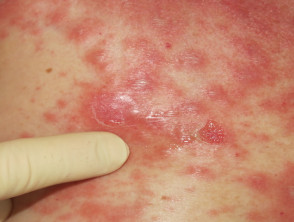 While the pathophysiology of SCARs is not yet fully understood, the activation of drug-specific T lymphocytes has been implicated. Specific human leukocyte antigen alleles have been identified that are associated with an increased risk of forms of severe cutaneous adverse reaction.

What are the clinical features of SCAR?

How is SCAR diagnosed?

The SCAR conditions are diagnosed from the patient history and a careful clinical examination; diagnosis can be aided by investigations such as blood tests and skin biopsy.

What is the treatment for SCARs?

What is the outcome for SCARs?

Overlap between SJS/TEN, DIHS/DRESS and AGEP

SJS/TEN, DIHS/DRESS and AGEP can share features, and there are also case reports of overlap where the full diagnostic criteria for more than one form of SCAR have been met.

In a study of 117 patients with DIHS/DRESS using the RegiSCAR database, 30% had pustules, 16% blistering, and 56% had mild mucosal involvement.

A skin biopsy can help to distinguish between the SCARs.