What is a Spitz naevus?

A Spitz naevus (or Spitz's nevus) is an uncommon type of mole (melanocytic naevus).

A Spitz naevus is a benign skin tumour. However, it may resemble a melanoma clinically and microscopically, so Spitz naevi are often excised as a precaution. 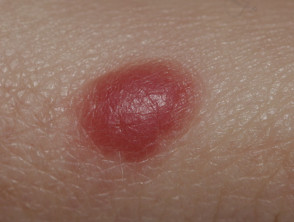 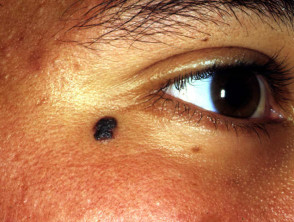 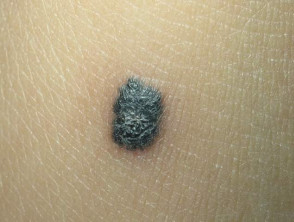 Who gets a Spitz naevus?

Spitz naevi are seen most often in children; 70% of cases diagnosed during the first 20 years of life. They may also arise in adults. They are most frequently found in fair-skinned individuals (skin phototypes 1 and 2) but can also affect those with dark skin.

What causes a Spitz naevus?

It is not known why Spitz nevi occur.

What are the clinical features of a Spitz naevus?

Spitz naevus is classified as classic, pigmented, or spindle cell tumour of Reed.

There are clinical features in common for all three types of Spitz naevus.

The atypical Spitz naevus or spitzoid naevus is so called because its features differ from those seen in the majority of Spitz naevi.

The rare entity, agminated Spitz naevus, presents as multiple Spitz naevi in a segmental presentation. It is an example of cutaneous mosaicism and is due to a genetic mutation.

How is a Spitz naevus diagnosed?

A Spitz naevus is often suspected clinically by its characteristic dome-shaped appearance and rapid growth over a few weeks to months.

In older children and adults, the diagnosis of Spitz naevus is usually confirmed by an excisional skin biopsy. The pathology of Spitz naevus usually shows a symmetrical compound naevus composed of nests of characteristic epithelioid cells in classic and pigmented Spitz, and fusiform cells in spindle cell tumour of Reed. Both forms can co-exist.

What is the treatment for a Spitz naevus?

In children under the age of 12 years, a Spitz naevus may be kept under review using digital dermatoscopic surveillance (monitoring photographs of the lesion's dermatoscopic appearance). It is expected to enlarge uniformly over a year or two and then to stop growing.

Because of the difficulty in definitively predicting the outcome of Spitz naevi in older children or adults, or if the structure of the lesion is not uniform, they are generally excised.

An atypical Spitzoid tumour or a spitzoid tumour of uncertain malignant potential (STUMP) may be difficult to distinguish histologically from spitzoid melanoma and is best widely excised. Sentinel node biopsy should not be undertaken as the results can be misleading.

What is the outcome for a Spitz naevus?

If it hasn't been excised, a Spitz naevus may evolute (disappear) over a few years.