Trichotillomania is estimated to affect up to 4% of the general population. It can affect males and females of any age but is more common in children than in adults. Peak of onset usually occurs in the pre-school years and also in early adolescence, usually around the time of puberty.

In children, trichotillomania affects boys and girls equally but with increasing age, it is seen more frequently in females. It is unclear whether this is because women are more likely to seek treatment. Males may also be able to disguise hair pulling as male pattern baldness and by shaving.

The exact cause of trichotillomania still remains largely unknown. Note:

What are the clinical features of trichotillomania?

The most common site of hair pulling is the scalp. Hairs may also be pulled from the eyebrows, eyelashes, trunk, arms, legs and pubic area. 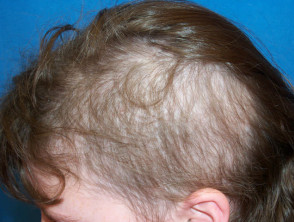 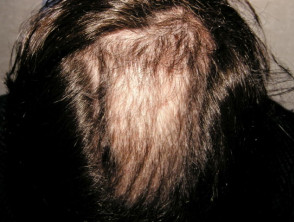 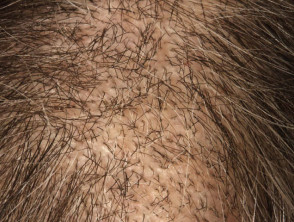 What are the complications of trichotillomania?

Trichobezoar (undigested hair balls) is a rare but potentially life-threatening complication of trichotillomania, which results from ingestion of pulled hair (trichophagia). It may present with abdominal pain, nausea, vomiting and constipation. It may also cause bowel obstruction or perforation.

Other reported complications include:

How is trichotillomania diagnosed?

It is important to exclude other causes of hair loss, especially alopecia areata. A dermatological assessment may include:

A psychiatric evaluation may also necessary but may be difficult in young children. Trichotillomania falls under the obsessive-compulsive and related disorders category, according to the American Psychiatric Association's Diagnostic and Statistical Manual of Mental Disorders, Fifth Edition (DSM-5).

What is the treatment for trichotillomania?

Treatment should start with reassurance, education of parent and caregiver, and discussion around possible options to manage the condition. Treatment usually involves some form of behavioural therapy including parental techniques. In younger children, management is usually conservative, attempting to prevent hair pulling (cutting hair close to the scalp, gloves or socks to cover the child's hands), gentle reminder when hair pulling is observed, and time-outs. Treatment of other behaviours such as thumb sucking may also be helpful.

In older children, other behavioural therapies may be possible. The techniques used vary widely and may include habit reversal training.

In resistant cases in adolescents and adults, medications such as tricyclic antidepressants (eg clomipramine) and selective serotonin uptake inhibitors may be considered. Limited evidence has suggested that N-acetylcysteine may help.

What is the outcome for trichotillomania?

In younger children, trichotillomania tends to be benign and self-limiting. Children usually outgrow the condition.

In adolescents and adults, trichotillomania may be episodic but tends to be chronic. It is associated with more psychopathology and may be more difficult to treat.  Affected individuals may feel embarrassed, attempt to mask hair loss and consequently have issues with low self-esteem.