What is a picosecond laser?

A picosecond laser is a laser device that uses very short pulse durations to target endogenous pigmentation and exogenous ink particles (tattoos). The medium varies accordingly to the wavelength being used, whether the neodymium-doped yttrium aluminium garnet (Nd:YAG) crystal (532 nm or 1064 nm), or the Alexandrite crystal (755 nm). 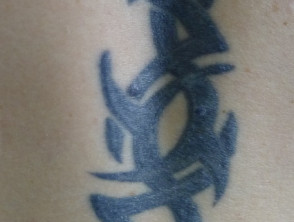 What are the indications for a picosecond laser?

The main indication for the use of a picosecond laser is tattoo removal [1]. Depending on their wavelength, picosecond lasers are particularly useful for clearing blue and green pigments, which are difficult to eliminate using other lasers, and tattoos that are refractory to treatment with the traditional Q-switched lasers.

The use of picosecond lasers has also been reported for treatment of melasma, naevus of Ota, naevus of Ito, minocycline-induced pigmentation, and solar lentigines [2].

Some picosecond lasers have fractionated hand pieces that facilitate tissue remodelling and are used to treat acne scarring, photoageing, and rhytides (wrinkles) [2].

What are the contraindications to picosecond lasers?

As with other laser devices, picosecond lasers are relatively contraindicated in patients with darker skin tones (ie, Fitzpatrick skin types 4–6), who are more susceptible to side effects from laser treatment.

Tell me more about picosecond lasers

Picosecond lasers use pulse durations of less than 1 nanosecond, which causes predominantly photoacoustic damage (pulses of light that can be measured by changes in pressure ie, sound waves) rather than photothermal destruction of pigment or ink particles (measured by production of heat). This results in effective clearance of abnormal pigment, while minimising photothermal damage to the surrounding tissue.

Why choose a picosecond laser?

Picosecond lasers used for tattoo removal require fewer treatments, cause fewer side effects, and result in reduced post-procedural downtime compared to nanosecond Q-switched lasers. They can clear some tattoos that are refractory to other forms of laser therapy, and there is a reduced risk of causing scarring and hypopigmentation.

The additional cost and reduced availability of picosecond lasers compared to Q-switched lasers currently restricts their widespread use.

What are the side effects and risks of picosecond lasers?