What is targeted phototherapy?

Phototherapy consists of the delivery of light or ultraviolet radiation to treat various skin disorders. This field has seen several major advances over the years, the most recent being targeted phototherapy. 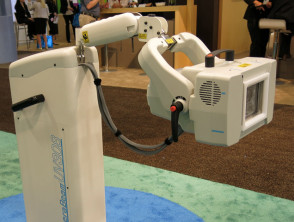 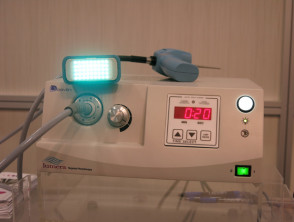 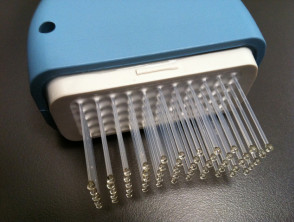 Several advantages have been claimed for targeted phototherapy.

Examples of skin conditions that may be treated by targeted phototherapy include:

Most targeted phototherapy devices (laser or nonlaser type) emit radiation in the UVB range, with peak emission in the narrowband wavelength (around 308-311 nm), while some non-laser machines emit UVA radiation also.

The following mechanisms have been proposed to explain UV's efficacy in the treatment of skin diseases:

Targeted phototherapy depends on devices that can emit non-ionising radiation that can penetrate the affected area of skin. This can be achieved using different laser and non-laser sources.

Excimer lasers operate in the ultraviolet range. Examples include the 193-nm argon-fluoride; 248-nm krypton-fluoride; 351-nm xenon-fluoride; and of particular interest to dermatology, the 308-nm xenon-chloride laser. These lasers utilize a mixture of a noble gas and a halogen as a lasing material.

FDA-approved excimer laser machines have been introduced by companies such as Photomedex (XTRAC®; USA) and Alcon (Wave Light®; USA).

These machines have several disadvantages such as high cost, huge weight and bulk, and difficulties in maintenance. They are available at only at a few specialist centres in the US.

Most of these machines use a conventional high-pressure burner emitting UV light. Fibre-optic cable systems deliver energy directly to the lesion.

An added advantage of some of these machines over the excimer systems is that both UVA (330-380 nm) and UVB (narrowband; 290-330nm) spectra are available.

These machines have multiple delivery programs and automatic calibration for quick delivery of predetermined dosages, so that treatment time is short.

They are considerably smaller in size than the laser machines, with less maintenance problems, and are also cheaper.

Several machines have been marketed in recent years outside USA including Dualight® (Theralight Inc USA; emits both UVA radiation in the range 330-380 nm and UVB in the range 290-330 nm) and Bioskin® (narrowband UVB 280-300nm, available only in Italy). Other targeted phototherapy units available in USA and marketed by Daavlin (Ohio, USA) include Levia® and Lumera®.

Ultraviolet radiation exposure leads to skin ageing and skin cancer. The risks are lower when limited skin is exposed to it, as is the case with targeted phototherapy.

Absolute contraindications to any form of phototherapy include:

Relative contraindications to phototherapy include: