What is UVB phototherapy?

Traditionally, broadband UVB was used, but increasingly, narrowband UVB phototherapy (311nm) is provided. Increasing doses of UVB are given each exposure (three to five times weekly until the skin condition has cleared, has failed to respond, or a pre-determined maximum number of treatments). The aim is to turn the skin very slightly pink but not to burn it. 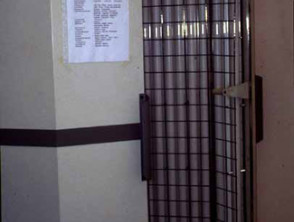 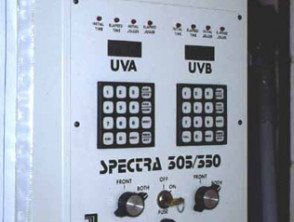 What are the adverse effects of UVB phototherapy?

Sometimes uncomfortable sunburn will occur, at its worst about 8 hours after treatment. This fades over the next few days and should be treated with frequent and liberal emollients.

The effect of UVB is similar to the effects of sun exposure. Excessive exposure contributes to ageing skin and to the risk of skin cancer.

What conditions are treated by UVB phototherapy?

Psoriasis is a common inherited skin disorder, which may vary considerably in extent and severity. Neither phototherapy nor any other available treatment effects a permanent cure.

UVB is suitable for most people with extensive psoriasis. It may not suit those with very fair skin or those whose psoriasis gets worse in sunlight.

Initially, most patients have their treatment three times a week. The first few exposures will be short (less than 5 minutes). The length of exposure is gradually increased, according to the patient's response, up to a maximum of 30 minutes per session. Few patients require such long exposures, most being controlled with shorter times.

Most psoriasis patients will have their psoriasis cleared or much improved after 12 to 24 treatments. At this stage, treatments will usually be discontinued. Even without treatment, the skin may remain clear for some months. However, psoriasis may later flare up again, and further UVB treatment may be necessary.

Those cases of psoriasis which appear to be resistant to UVB may still be helped by another form of ultraviolet treatment called PUVA, or other treatments (e.g. ointments or tablets).

UVB is occasionally used for severe cases of dermatitis, especially atopic eczema. Frequency and dosage of treatment are similar to that used for psoriasis. However, a course of phototherapy may need to be more prolonged than that generally required for psoriasis.

UVB is one of the most effective treatments for vitiligo. Treatments must be cautious as the white skin burns easily. It may take several months to see an improvement.

Many other skin conditions have been effectively treated with UVB, including generalised itch, prurigo, cutaneous T-cell lymphoma, pityriasis lichenoides, and symptomatic dermographism.