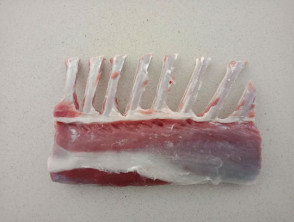 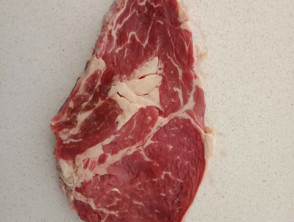 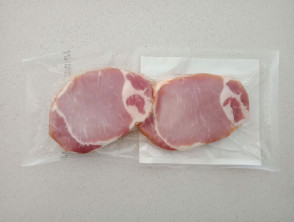 The incidence of tick bite-induced red meat allergy is unknown [1]. It is associated with a history of tick bites, atopy, and cat ownership [3]. Multiple tick bites increase the risk.

The allergy arises in people exposed to the ticks due to geographic location or occupation. For example, forestry service employees and hunters in certain countries are at higher risk of carrying alpha-gal‐specific immunoglobulin E (IgE) and developing red meat allergy compared to the general population in the same region [4].

The details of how a tick bite leads to allergic reactions to red meat and other substances are not completely understood.

The species of ticks that cause alpha-gal allergy include:

The tick injects saliva containing alpha-gal into the skin of its victim. Sensitisation to alpha-gal is associated with the development of specific IgE antibodies to the carbohydrate. The component of alpha-gal that causes sensitisation is not known [7].

The symptoms of the subsequent reaction to red meat are typical of most food allergies, except that the reaction is delayed by several hours and the antigen is a carbohydrate in the meat rather than a protein. More severe reactions can occur in people exposed to multiple tick bites.

Red meat is defined as all meats obtained from mammals and includes beef, pork, and lamb. The meat is red because of the high concentrations of myoglobin, a protein that transports oxygen to the muscles. Meat obtained from birds, such as chicken or turkey, is white meat and lacks alpha-gal so does not generate an allergic response.

Other substances can cause the same allergic response, including:

What are the clinical features of tick bite-induced red meat allergy?

The delayed allergic reaction that follows is typical of food allergy, except that symptoms begin 3–8 hours after ingestion of red meat, whereas other food allergies occur within minutes of exposure to the allergen [1].

On rare occasions, anaphylaxis can occur.

What are the complications of tick bite-induced red meat allergy?

The main complication of tick bite-induced red meat allergy is anaphylaxis, which can be life-threatening.

Anaphylaxis signs and symptoms include airway constriction, swelling of the throat, a severe drop in blood pressure, a high pulse rate, and dizziness.

The most accurate method of diagnosing tick bite-induced allergy is by testing for IgE titres against the alpha-gal molecule. However, the high cost and lack of availability of this test limit its use [11].

IgE-associated food allergies are usually tested for by skin prick testing. The protocol and accuracy of the skin prick test for alpha-gal allergy are debated, as delayed reactions and false-negative results are reported [7].

What is the differential diagnosis for tick bite induced red meat allergy?

The differential diagnosis for anaphylaxis includes:

What is the treatment for tick bite-induced red meat allergy?

The prevention of tick bites is paramount through both using insect repellents and avoiding forested areas.

People with tick bite-induced red meat allergy should avoid red meat and other substances with alpha-gal.

The treatment of the allergic response includes antihistamines, oral steroids, and, in the case of anaphylaxis, adrenaline.

The use of desensitisation by exposing the patient to large amounts of alpha-gal is undergoing investigation [12].

What is the outcome for tick bite-induced red meat allergy?

Limited information indicates that alpha-gal allergy may recede over time, as long as the person is not bitten by another tick. The recovery period has been reported to take between 8 months and 5 years.